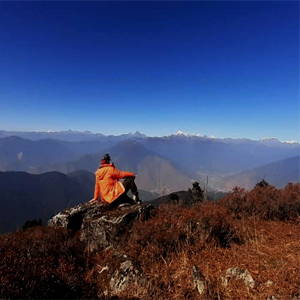 Whenever I open the curtain of my window, I used to see the soaring mountains above the Semtokha Dzong mysteriously beckoning me.

Although I had been staying at Thimphu for more than 22 years, I had never explored that part of the region in Thimphu. Perhaps the time has not come so the existential circumstances were not cooperating. So my yearning to visit that place was succumbed under the layers of my subconsciousness.

I am a Senior Trekking Guide and also the Trekking Instructor at the Institute of Professional Studies.

So on the month of September while teaching at Institute of Professional Studies , one of my students suggested how it would be to explore the unexplored hike, and the mysterious soaring mountain was the first thing that came in my mind.

So along with my students we made the plan to hike in that area with one night camping.

None of us had been there before but somehow all of us were adventurous enough to venture into the unknown route. The only information that I had about this trekking route was, it was the route used by Daga Penlop (The Governor) in olden times to travel to Thimphu and Punakha. The other thing I have heard was that a  group of Highlander  resided here.

To our luck, the Institute also agreed to provide us with the Transportation (Bolero) till Talakha Lhakhang which is about 20Km from Thimphu town, the starting point of the hike. So I along with my five students was all set to travel the untraveled route.

So on the 10th of October 2020, we woke up early in the Morning and gathered at the Institute of Professional Studies to conquer the hill overlooking the Thimphu Valley.

The vehicle dropped us till Talakha monastery. We reached at the Monastery entrance at 8:30am. We were greeted by little young monks and had some wonderful photo session and conversation with them before taking the hike.

We collected whatever information we could collect through a monk teacher residing there. He informed the sky-high mysterious Mountain which used to beckon me is the Palace of the Local Deity known as Tshangkhap Jeley. And the mountain name is Jeley Zey. Here in Bhutan we revered Mountains and treat them like a living energy. So we took refuge to the Mountain Deity Jeley Zey and headed for the hike.

After walking for around 3 hours we reached at a Nomads Pasture Ground/Pang Serbu, with the best Location to set up the camp for the people who love flowers and Mountain views.

We came across semi nomadic, collecting the Leaves of the Alpine Rhododendrons shrubs such as Balu (Anthopogan) and Solu ( Setrosum). These flowers blooms on Spring in fullest and was wondering what made them collect on late August .So with curiosity,  I asked why they were collecting the leaves at this time of the Year, as they are nomads & they can collect these leaves at any time when they come to graze their Yaks. To my surprise, one man among them just stopped cutting the leaves and answered me. Below is the video of of our conversation in our local language.

He explained to me that according to the custom and Tradition of Highlanders, the highlanders or lowlanders always cultivate their crops after everything is blessed from the Sky. He meant to say that, they are supposed to collect the leaves only after Blessed Raining Day which in our country  usually happens around 22nd of September every year. He was collecting the Leaves of Anthopogon and Setosum to be used as Raw Material for Incense.

So every day there is something new to learn. Life itself is a learning process

I fell in love with the Highlander’s Pasture Land. The pasture Land ,grazing of the Yaks, the breath of Autumn ,Open Sky and the view of the mountains were visually splendid.  From here we could get the perfect view of the Last Himalayas in Bhutan along with Kanchenjunga . 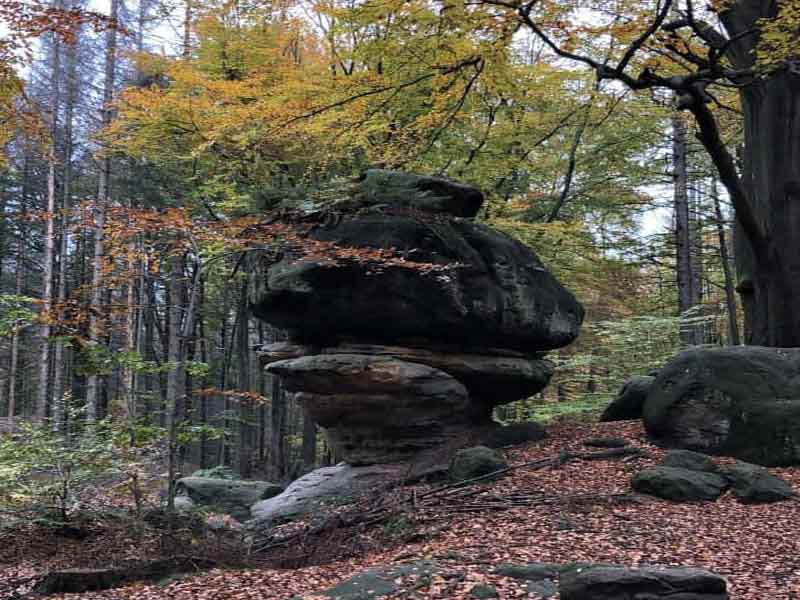 The Hue of Autumn in Bhutan

The trekking route from here was quite rough as we had to walk through the fields of Stones. But once we reached on top of the Ridge and entered the palace of deity we could see the entire Eastern Himalayan Mountains with Mount Kanchenjunga and Mount Lhotshe, Mount Jumolhari, Jichu Drakey and Tshering Magang over Looking Thimphu Valley, which made our trek worth all the effort.

We could literally feel the cloud beneath our feet. While returning we camped at Pang Serbu with stunning views. It was like heaven on earth

From here we could even see the Trek Route of Dagala Trek( 1000 Lake Trek).

After paying our homage to the deity of Jeley Zey we returned back and camped at Pang Serbu.

So after the discovery of this newly found Route, I took two more groups for trekking and another group for mountain biking. Everyone loved it.

So my suggestion is, if you want to see the Himalayas and want to try out camping but do not have much time. Then this is the must visit. You will be showered with Bountiness of mountain

After all, “Difficult Roads leads to the Beautiful Views”. 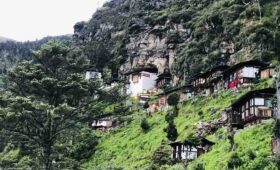 A Walk in the Clouds (Kila Nunnery)

Hike Through The Forest Of Hemlock & Rhododendron