Meet The Monk At The Hill Top

Bhutan can be called as the untouched and unmatched Himalayan beauty for its awe-inspiring spots and pacifying Buddhist temples. The sacred monasteries that sit precariously on sheer cliffs, the fluttering prayer flags that line the high ridges, the red robed monk who chant through day and night give the kingdom an aura that comes from another life. Found far away from the hustle-bustle of busy cities, this could be an amazing experience to add in your Bhutan Tour.  You can either choose just to have a day excursion to these places or stay a day or two or be a part of a monastic life to understand Buddhism Better or to soak yourself to the atmosphere of tranquility.

We are providing you list of few monasteries on the hilltop:

Trashigang Goemba was built in the 18th Century. It is located 30Kms away from Thimphu Town to the mountain top, away from the onslaught of globalization. You can reach here either by taking a dirt road of 10Km from Dochula Thimphu-Punakha Highway or by taking a 3 hours hike through a forest of Hemlock or rhododendrons.

It is an important meditation centre, and there are numerous small houses for meditation near the goemba. In addition to about 16 monks, there are a few anims (nuns). Inside the lhakhang there are statues of several Je Khenpos who meditated here.

The place has an aura of different dimension. 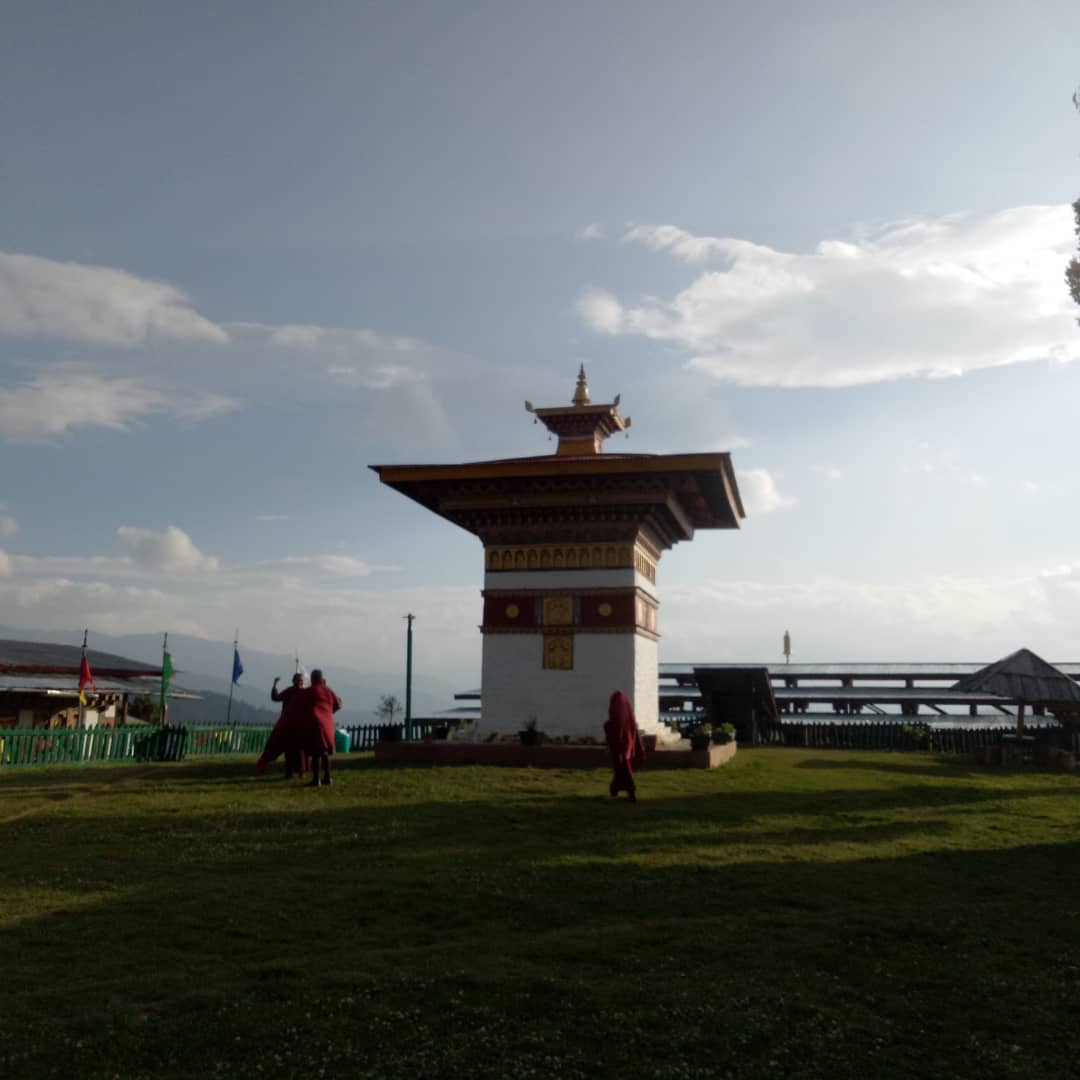 It takes almost one hour to reach the northern end of Thimphu valley from main town to reach the basement of the mountain where this monastery is located. The driving distance could be around 16Km.

We need to take 45 minutes of hike to reach Chagri monastery.

The name Chagri has been derived from Cha which means Iron and Ri meaning mountain. It was constructed by Zhabdrung Ngawang Namgyel on the year 1620 as per the prophecy that at the belt of the mountain that looks like a heart there will be a meditation retreat ; now it is the home for Bhutan’s first monk body. It was built around the spot where Phajo Drugom Zigpo has meditated three centuries earlier.  There are currently 40 monks undergoing three years, three months and three days retreat.

Situated 4km far from Gaden Lam on a valley, Dechen Phodrang gives a stunning view of the Thimpu city. A two-storeyed structure that has several ancient paintings along with a central ordinance by the Zhabdrung Ngawang Namgyal, or the Bearded Lama. These are scenic to look at. The paintings found here are dated back to the 12th century; that is pretty ancient. Dechen Phodrang means a ‘Place of Great Bliss’. It was later (in 1971) turned into a monastic school or Lobra for the teachings and preaching. When you visit during breaks, you will find the little monks running out to ask you a lot of questions. The stunningly carved main chapel is adorned with murals that go back to the authentic 13th-century artworks. These murals leave all the viewers enticed and charmed with their precision and exactness. In the upper section of the main building, there is a large size sculpture of the Zhabdrung Ngawang Namgyal. There is also a chapel that is devoted to the protective deities it is called Goenkhang.

After taking a 3km trek from the closet paved road, and placed above the capital city Thimpu is the Phajoding Monastery. This particular monastery has seen a lot and went to through the journey of riches to rags. It used to one of the most prominent temples, but with years of ignorance and evolution it ended up in the list of Top 5 Endangered Monuments 2010 by World Monuments Fund. It encloses some of the oldest and unique artifacts and antiquities.

Comprises of a large complex that has several sacred buildings and remains. It also has a State Monastic School for the education of Buddhism to young aspirants.

Perched on a small hill top of Paro valley lies a small monastery ‘Dra Karpo ‘ (split Rock), one of the holiest site in Bhutan. Guru Padmasambhava accompanied by his consort Dakini Yeshey Tshogyal and many other yogis and great master down the ages have blessed and sanctified the place. As you circumambulate you can see the foot and hand prints and many other auspicious signs and symbols believed to have manifesrted through some supernatural powers. Maybe owing to all these there is a mystique tranquility in the vicinity of Dra Karpo  . It is believed that the demon took refuge inside the rock and Guru Rinpoche had Split the rock and subdued the demons.

It is believed that even the deadliest of your sin will be washed away if you can circumambulate 108 times around dra karpo.

The name Dodeydra has been derived from the split rock from where the Ter(Hidden Treasure )in form of scripture was discovered.

There are 3 different routes that lead us to to Dodeydrak.

The shortest route starts from Samteling Palace, but only monks residing at Dodeydra is allowed to use this route and it is closed for the outsider.

So this leaves us with two routes, one route starts from Jungzhina and the other one from Dechencholing.

If you love hikes and forest then you can take the route from Junngzhina.

The temple was established as per the prophecy of Chief Abbot Yonten Thaye who was then working as a teacher in Phajoding monastery.

The monastery is beautiful built in between the split rock.

There is also a rock nearby from where holy spring water drips. It is believed that abbot Yonten Thaye visited Tibet Tsari-Nye 3 times. On his last visit he wanted to bring something to Bhutan as it was diffult for Bhutanese to go all the way to Tibet. So he has brought the rock from Tsari-Nye which when placed at Dodeydra, holy water started flowing. The rock is supposed to have Usnishavijaya mantra encrypted in the rock and drinking this water. locals believe, has the power to wash away sins and promotes good health and prosperity.

Alongside the temple you will see numerous house which shelters 175 monks studying at Dodeydra.

They also have a small guest house , if someone is interested in meditation or Buddhism, they can stay for one to two night and learn how Buddhism is practiced in Bhutan