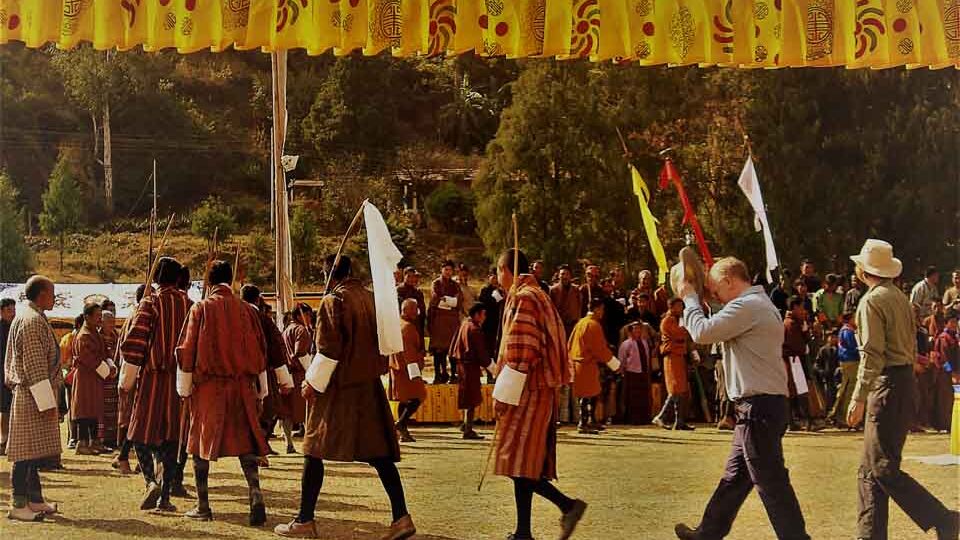 Bhutan Archery Festival – Everything to Know about the Traditional Archery in Bhutan , The Rules and the Festival!

Archery is a prominent national sport in Bhutan. The competitions are held on a regular basis at the local, regional, and national levels, with each hamlet fielding its own squad of archers. Bhutan archery festival is so popular that it is even held as one of the festival’s entertainments at religious festivals and events. If you are a culture and festival lover, then enjoying the spirit of traditional Bhutan’s archery festival is one of the top things to do in Bhutan. A visit to one of Bhutan’s larger festivals is a terrific chance for visitors to learn more about the sport and culture. It is amazing to note how Bhutanese have turned this weapon of war into a national pastime. And also it is amazing to note down Bhutan Archery Rules.

Origin and History of Archery in Bhutan

Archery in Bhutan is a unique martial art that has been practiced for generations for both amusement and combat. Its origins may be traced back to the arming of villagers to protect the kingdom in times of conflict, as Bhutan formerly had an official military. 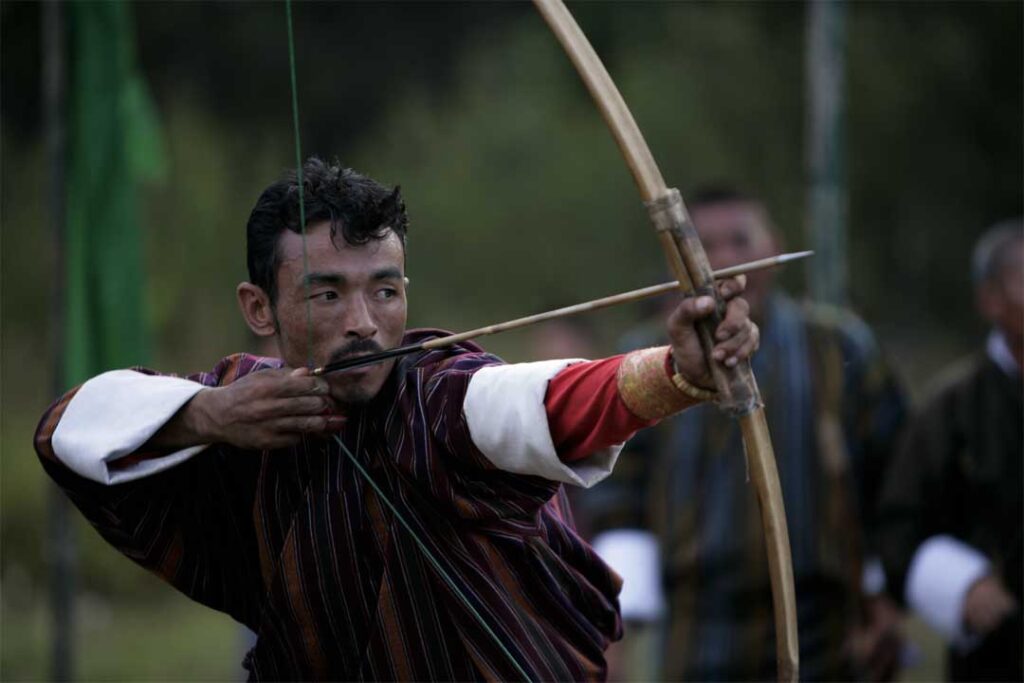 In Bhutan, the bow and arrow were traditionally the most important weapons for survival, used for both warfare and hunting. It was as well used as protecting oneself against animal assaults. Bhutan archery festival has also played a significant role in Bhutan’s ancient myths and tales, with various depictions of Buddhist gods wielding a bow and arrow.

Archery is closely associated with Bhutanese festivities, and no celebration is complete without traditional archery competitions. Outside of the festivals, the kingdom hosts a variety of archery tournaments in which local and regional teams compete against one another.

The Coronation National Archery Tournament, which was established to commemorate the coronation of the current Dragon King in 2008, is the most renowned of them. Since then, the competition has been held in Thimphu’s Changlimithang Arena, the country’s national archery stadium.

If you’re planning a trip to Bhutan and want to incorporate a stop at one of the numerous archery competitions held around the country, our trained advisers will help you figure out when and where to go to get the most out of your trip.

At the Dzongkhag and national levels, the major competition season is July and August, however, local league competitions take place all year and can be found at practically every religious festival and local village celebration.

The Changlimithang Archery Range and Workshops, located inside the Changlimithang Stadium in Thimphu, is the most popular venue in Bhutan for tourists to learn more about the local national sport and even try a few shots themselves. 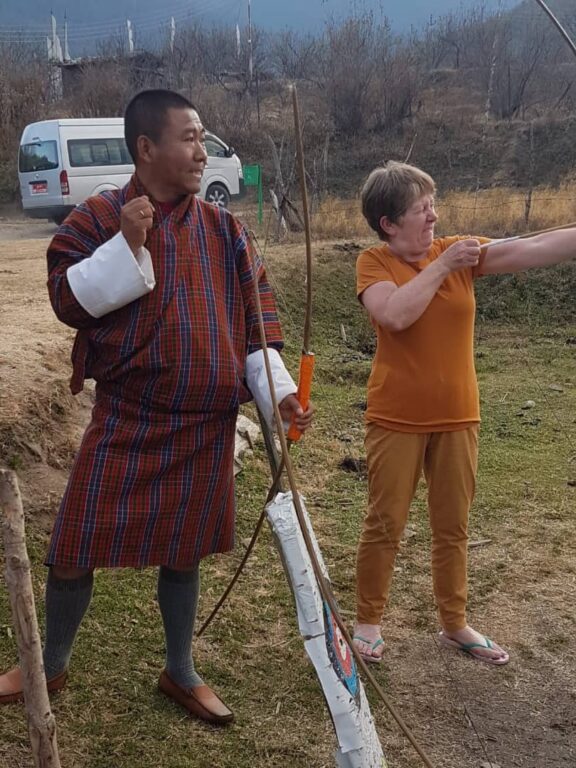 Archery is much more than just a sport in Bhutan. It is celebrated as Festival. The Bhutanese take part in  Archery Festival with so much passion and intensity. The competitions are immensely festive and brightly colored. The competitions are held regularly in most places from villages to towns in all regions. The level of passion and excitement Bhutanese have is unmatched. It would be wrong not to include Da /Archery while talking about Bhutan.

Festivals are frequently the greatest settings to view archery competitions and elite archers’ skill demonstrations on the Bhutan archery festival. Festivals are also an excellent location to learn more about Bhutanese culture as well as the sport of archery.

Even if you are not able to participate in local archery competition, you can at least try a hand on archery game with locals. Bhutan Inbound team can manage that. Or you can just enjoy watching these incredible tournaments.

Bhutan Best Inbound Tour is a Bhutan Travel company and is a registered Bhutan Tour operators company under the umbrella of the Tourism Council of Bhutan. We handle all kinds of travel arrangements including Bhutan Visa, Bhutan Flight, Bhutan Itinerary design and Hotel booking. With a belief in quality and services, Bhutan Inbound is a reliable and efficient travel organizer in Bhutan for foreign and domestic tourists, business travelers, special interest visitors and events.
Our professionals toil hard to achieve complete client satisfaction through their par-excellence knowledge and experience.
Some of the most popular package that we offer are
1.Cultural Tour Package
2.Bhutan Festival Package
3.Family Friendly Tours
4.Bhutan Trekking
5.Off The Beaten Path
6.Luxury Tours

Check Our Other Blogs