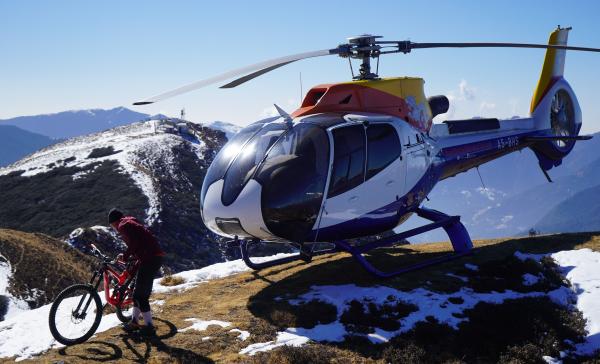 This scenic flight will offer a spectacular view of Paro valley from the air. While flying along the valley, you will discover most of the sacred places and the important landmarks the valley has to offer. However, the most important highlight of the tour will be the famous Paro Taktsang (Tiger’s Nest).

The jewel in the nation’s crown, Thimphu district tour includes some of the most remarkable sights of the Kingdom including Kunselphodrang.  While you take this tour, you will also be getting the glimpse of Paro Valley including the traditional mud-rammed homes , rice paddy fields and meandering river.

The valley is popular for its scenic splendor and cultural uniqueness. The valley is rich in Faunal biodiversity. Phobjikha is well known as the winter home of the Black-Necked Cranes (Grus Nigricollis), that migrate from the Tibetan plateau. The birds can be observed from early November to end of March

Flying further north along the Paro Valley, you will be greeted by the most spectacular view of the snowcapped Mt. Jumolhari. Considered to be a second highest unclimbed mountain peaks in the world and stands at 7320 meters above the sea level. On this tour, we will make a short pitstop at Jangothang (basecamp) to further enjoy the majestic view of the mountain from the ground. Amidst the spectacular landscape, you might be able to get a glimpse of the blue sheep (Pseudo Nayaur) parading along mountain slopes. On your return flight, on a beautiful day, you will also discover the mysterious “turquoise lake” tucked within the rocky Himalayan Ranges. 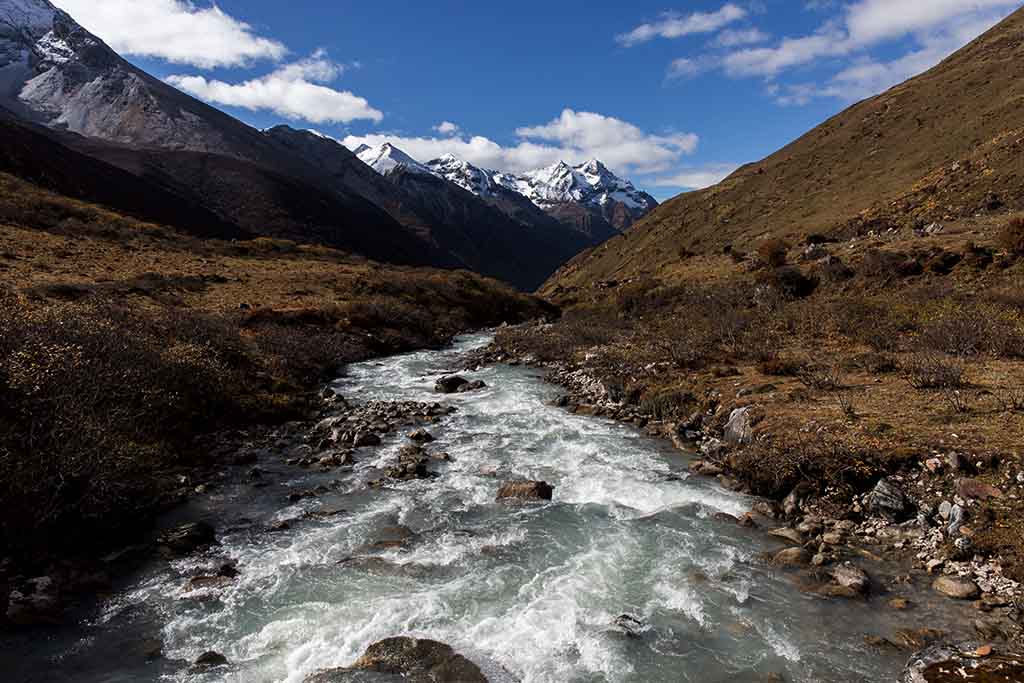 Beyond the snow capped Mt. Jumolhari, flying further northeast you can view the majestic companion peak of Mt. Jumolhari and Mt. Jichu Drakey which stands at 6794 meters from the sea level. This mountain is known to have double summit, with the lower summit towards the south. Our helicopter tour will give you the best views of the himalayan ranges. On your return flight, we will fly over the majestic Lingzhi Dzong, which is situated at an altitude of 4150 meters. This dzong was built in the year 1668 to celebrate Bhutan’s victory over the Tibetans in the war of 1667. It’s also known as the “Lingzhi Yugyal Dzong.”

Zoom-in your lenses as we sojourn into the Northern Shangrila of Bhutan, while making sure you savour every luscious scene along the world famous Snowman Trek. As we streak

over the northerly heavens and finally bid farewell in Bumthang, you’ll have traversed a journey of 26 days on a flight of mere 3 hours, and witnessed the true beatific nature of the himalayas unfolding before your very eyes

As the helicopter buzzes enroute the valleys of Laya and Lingzhi, witness the presence of the magnificent Mt. Jumolhari (7326 meters) in company of Mt. Jitchu Drakey(6662 meters). Kindly treat yourself a glimpse of the Tsherimgang (above 7000 meters); the 17th century Lingzhi Yugyal Dzong, perched at 4150 meters; Masangang (7194m); Tiger Mountain (6840m); and other evenly conspicuous peaks along the north-western border. Also worth viewing are the patches of nomadic settlements of Laya, and the 400 years old Gasa Tongmon Dzong as the helicopter descends into the Punakha valley for a pit stop. Allow yourself a brief moment of warm weather and quick selfie at Zomlingthang along the Mo Chhu river in Punakha.

Take a moment in the air to remain agape at the sight of the 17th century Punakha Dzong-firmly standing in all its glory and splendour as it beautifully perches amid Pho chhu and Mo chhu rivers. Get ready to re-experience the himalayan-wilderness as we fly northerly into the seldom explored nomadic villages of Lunana. The rare and majestic views of the Table Mountain and Mt. Gangkar Punsum, pronounced the highest peak in Bhutan standing at a staggering 7570 meters, will definitely leave you bereft of speech. Also prepare to be wonderstruck by the attractive sights of some unsung lakes & rivers and the divine Duer Tshachu- the hot spring where the 6th century Tantric adept Padmasambhava is said to have bathed- as the helicopter navigates through an mesmerizing assembly of sceneries into the Bumthang valley.