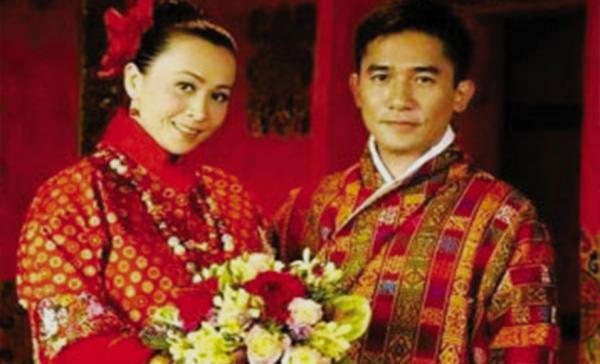 Bhutan Wedding Tour can be taken by the couple who wants to get married in Bhutan like a royal couple and also by the couple who are on honeymoon and want to renew their wedding vows. We arrange all the groundwork for the marriage.

For Bhutanese people, a wedding is not just interchanging rings and vows; it is about the larger values and culture they stand for. The rites done by the Buddhist monks and lamas are an important part of the ceremonies.

Along with the marriage ceremony you can also spend a few days exploring the hidden beauty of Bhutan.

So if you are looking for exotic marriage location to exchange vows or get married again; this trip is just for you. The wedding will be held at Kyichu Lhakhang-, one of the oldest monasteries in Bhutan.

Paro is a beautiful valley located in Western Bhutan with an area of 2800 square kilometers. Breathtaking Lhakhang and monasteries are perched on mountain hills. Two sacred rivers with its respective source at Jhomolhari and Chumo phug mountains, makes their way through Paro valley enhancing its beauty and grandeur.

Meet your guides outside the airport, check-in to the hotel, and have lunch. That afternoon, visit the National Museum and the Rinpung Dzong before a welcome dinner.

Overnight at the resort. 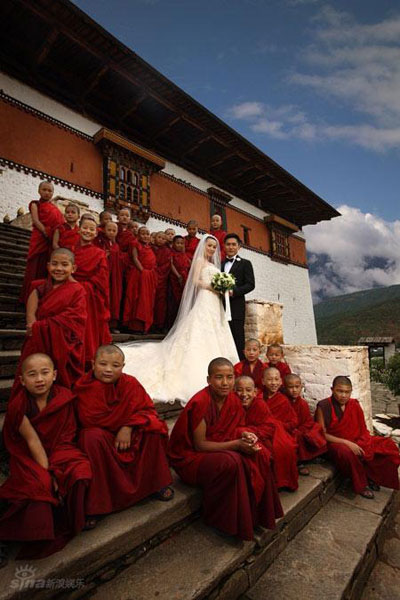 The Jowo Temple of Kyichu is one of the oldest temples in Bhutan, originally built in the 7th century by the Tibetan Emperor Songtsen Gampo. It is considered to be one of the 108 border taming temples he built. In the 8th century the temple was visited by Padmasambhava and it is believed he concealed many spiritual treasures here. Je Khenpo Sherab Gyaltshen wrote that during the 12th century the temple was looked after by the Lhapa Kagyu tradition and that during the 13th century it was handed over to a descendant of Phajo Drugom Zhigpo's son Nyima. In his The Nyingma School of Tibetan Buddhism: Its Fundamentals and History, Jigdral Yeshe Dorje (2nd Dudjom Rinpoche) records that the Jowo Temple of Kyichu could not be seen and that Pema Lingpa (1450-1521) uncovered the temple and restored it as it was before. In 1644 the temple was taken over by Ngawang Namgyal. From 1836 to 1838 the temple was restored and re-consecrated by the 25th Je Khenpo Sherab Gyaltshen. In 1971, Kesang Choden Wangchuck, the queen of Jigme Dorji Wangchuck built a Guru Temple next to the old Jowo Temple which was consecrated by Dilgo Khyentse. Ever since then the annual rites of great accomplishment for the deities Vajrasattva, Palchen Heruka, and Vajrakilaya have been held in this temple for the well being of the country under the patronage of Kesang Choden Wangchuck. There is a belief that the two orange trees in the courtyard of Kyichu Lhakhang bear fruit throughout the year.(Source:Wiki). So this Lhakhangs .
With all its historical background, this lhakhang is best suitable for marriage.

You all can use the pony for hike(Extra Cost Included). Or holding hands and hiking all the way up across the mountain with all prevailing silence may add richness to your vacation.

Tashichho Dzong : The “Fortress of the glorious religion” houses the throne room of His Majesty the King, government offices and the central monk body.

Memorial Chorten : This stupa was built in 1974 in memory of the Third King, His Majesty Jigme Dorji Wangchuk by his mother.

Walking Buddha Park(Centenary Park) : The park was formed by foot path, canopies and benches. There are small swings and slides. The park is filled with garden of more than 60 species of flowers. To add to all this there is a giant 45 feet statue of walking Buddha where you can take selfies.

Kuenselphodrang (Buddha Point) : The Buddha Dordenma Statue which is 169ft is the world’s tallest Buddha statue and it is located about 6kms from Thimphu city. 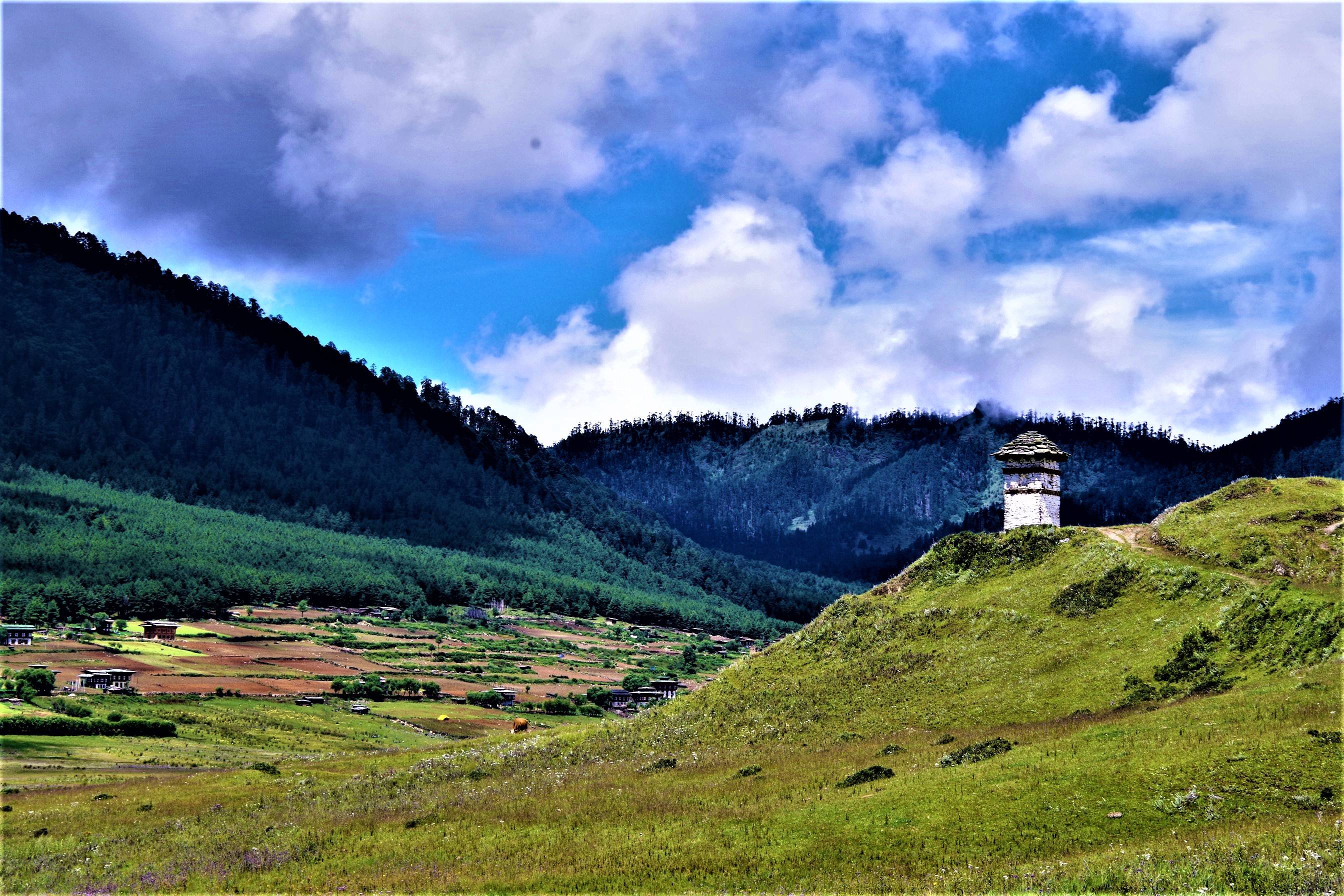 The valley is popular for its scenic splendor and cultural uniqueness.. Phobjikha is well known as the winter home of the Black-Necked Cranes (Grus Nigricollis), that migrate from the Tibetan plateau. The birds can be observed from early November to end of March. Overlooking the valley is the Gangtey Goenpa. This is the must included place for honeymoon vacation.
You may reach Gangtey in the evening. On the first day you can just relax and enjoy the scenic beauty and the tranquility of Gang tey valley. 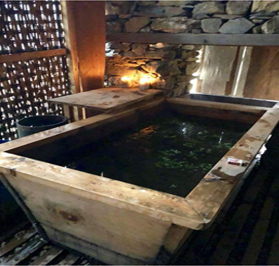 Places to visit and experience

Gangtey Goenpa : is the main seat of the Pema Lingpa tradition which was established in 1613 by Gangteng Sangngak Choling.It overlooks the Phobjikha Valley.

In the evening take natural herbal hot stone bath( Cost about USD 20) which has all the healing properties.

It served as the capital of Bhutan until 1955. It has a temperate climate and its rich fertile valley is fed by the Pho Chu and Mo Chu rivers. After lunch you can visit Punakha Dzong

Chimi Lhakhang, which stands on a small hillock is a temple built by Lama Drukpa Kunley. Legend has it he subdued the demoness of the Dochu La with his "Magic Thunderbolt of Wisdom."A wood effigy of the lama's thunderbolt is preserved in the Lhakhang, and childless women go to the temple to receive a Wang (blessing) from the saint.
After lunch you can choose to do mild rafting. We have well trained people for rafting. But have to pay additional premium for rafting. If you do not choose to do rafting then you can take a hike to Khamsum Yulley.

Ovenight at hotel in Punakha

Take a long scenic drive back to Paro. On the way back you can drop by Royal Botanical Park, Lamperi

It is a breath taking 125 acres botanical garden with 46 species of rhododendrond flower. You can choose to boating here.The best time to visit this place will be between April and June.
The park also has trekking routes,walk around the baritsho lake,tree house and camping space for visitors.
The annual rhododendron festival is held here. 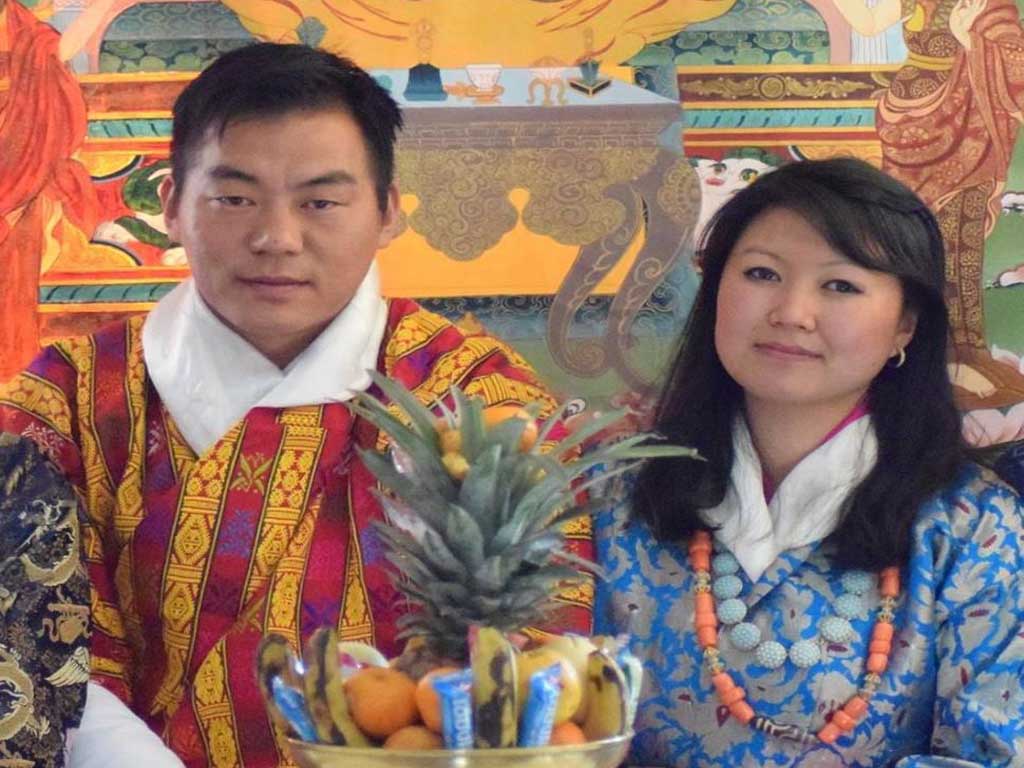 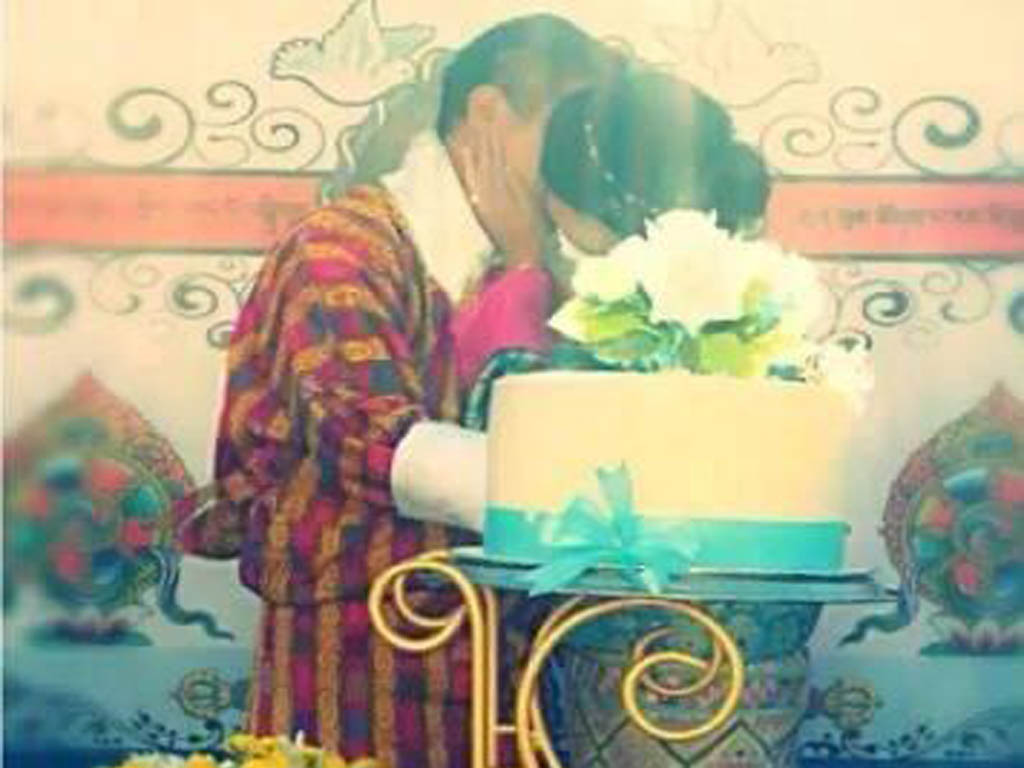 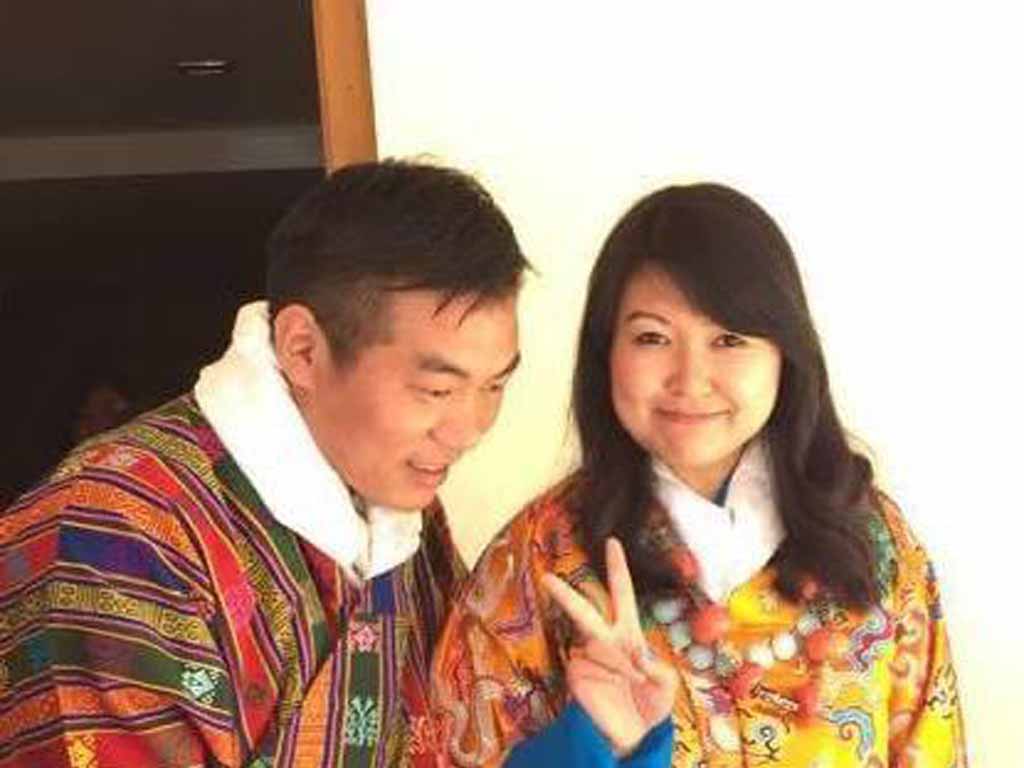 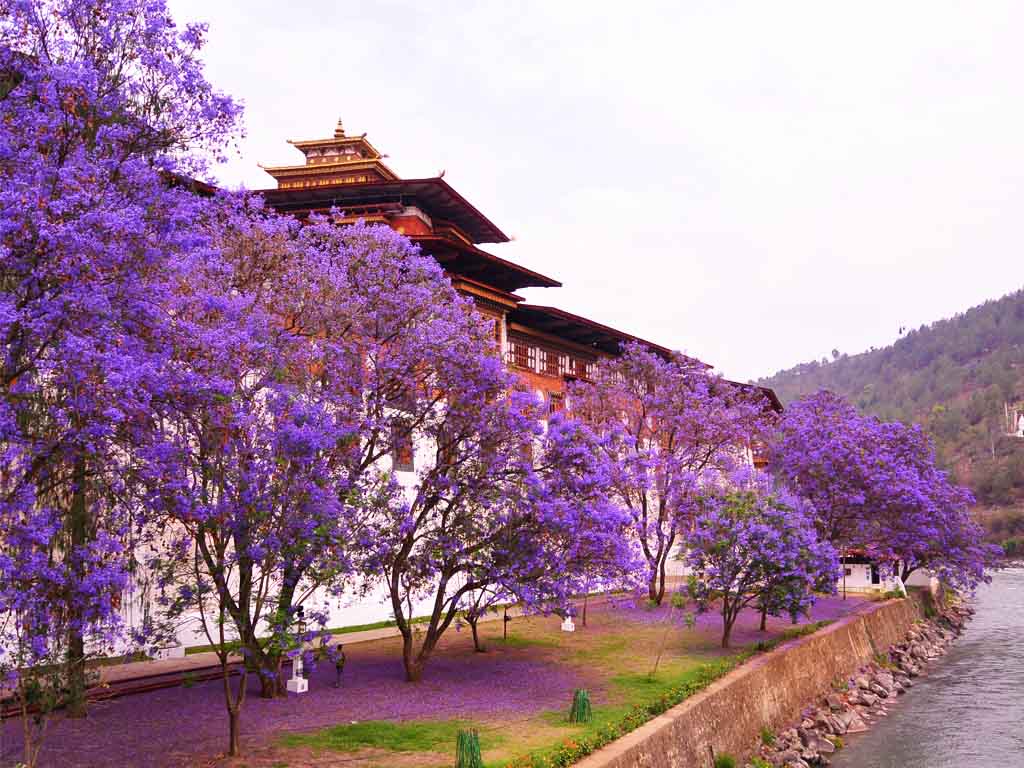 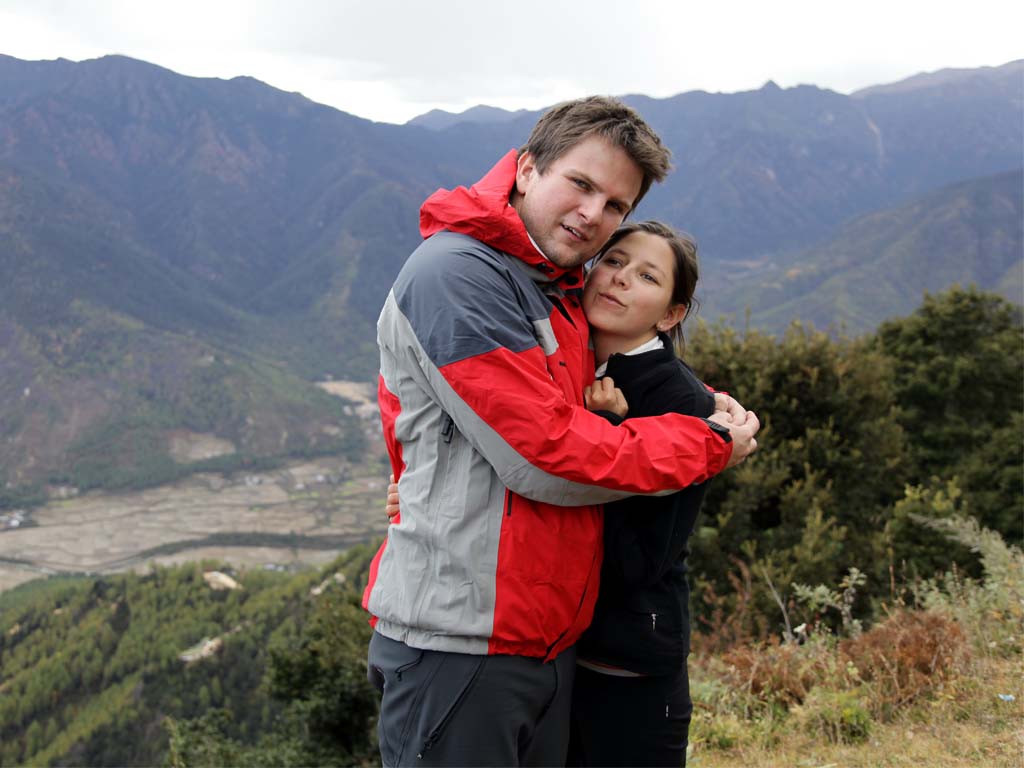