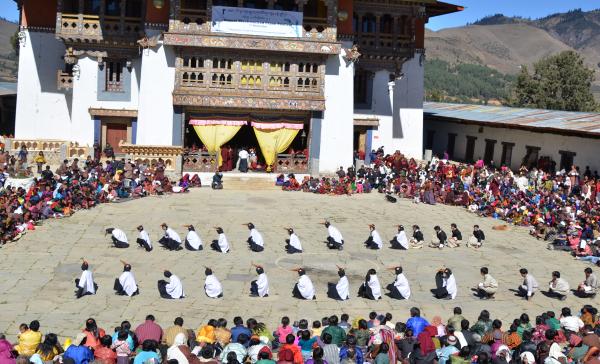 The Black-Necked Crane festival is celebrated in the courtyard of Gangtey Gonpa, in Phobjikha valley to herald the coming of endangered and majestic birds . It is held on 11th of November , coinciding with the birthday of our fourth King Jigme Singye Wangchuk. The festival is uplifting with mask dances , crane dances and other cultural items.

The annual black-necked crane festival is organized with the intention to generate awareness and understanding of conserving the endangered Black‐necked cranes. It is also a time for the local villagers  to come together and celebrate the festival with their friends and family.

The tour begins from the beautiful  Valley of Paro,  where you will be heralded by open space, mud thatched houses and  dotted monasteries including the famous Tiger Nest. As the tour proceeds you will be visiting  Thimphu and Punakha  which boasts a fine collection of landmarks and cultural sightseeing places. And at Gangtey we can witness the Black Necked Festival and also try out refreshing Nature Trail Hikes.

Paro is a beautiful valley located in Western Bhutan with an area of 2800 Sq. Kms. Breathtaking Lhakhang and monasteries are perched on mountain hills. Two sacred rivers with its respective source at Jhomolhari and Chumo Phug mountains, makes their way through Paro valley enhancing its beauty and grandeur.

The Places you can visit are:

Kichu Lhakhang: It is one of the oldest and sacred monasteries in Bhutan. The construction of it dates back to the 7th century by Tibetan Emperor Songtsen Gampo.

Gangtey (Phobjikha Valley): The valley is popular for its scenic splendor and cultural uniqueness. Phobjikha is well known as the winter home of the Black-Necked Cranes (Grus Nigricollis) that migrate from the Tibetan plateau. The birds can be observed from early November to end of March.

Overnight at hotel in Gangtey

The festival includes cultural programs such as folk songs and dances (some with black-necked crane themes) and mask dances performed by the local people, crane dances and environmental conservation-themed dramas and songs by the school children. The program usually starts by 9:30 am and lasts till late afternoon.

The success of the festival and its continuity depends entirely upon the support and contributions of the visitors and well wishers of conservation. Continued appreciation and corresponding support are essential in maintaining strong linkages between conservation and economic welfare of the local people. By viewing and participating in the festival you reward the community for their continued conservation stewardship. Funds mobilized through the Black-necked crane festival and other activities of the committee are deposited in a community owned bank account and managed by the committee for activities of common benefit to the community.

Overnight at hotel in Gangtey

It served as the capital of Bhutan until 1955. It has a temperate climate and its rich fertile valley is fed by the Pho Chu and Mo Chu rivers.

Take a Long Scenic Drive Back To Paro

In evening you all can walk down the stone path and through the traditional wooden bridge, which is one of the fine specimens of Bhutanese architecture and explore Paro village town

Great time with Rinchen and Phurba

We did the tour for 6 nights 7 days and had a great time travelling around with Rinchen (our driver) and Phurba (our guide). They were both knowledgeable and helpful always and made sure that everything was perfect. They called ahead to all the places we went, and made sure all the activities we wanted to see we could see. When there was a flight hiccup they also went above and beyond to try and resolve it. We also met with the tour operators and they were super nice, and very very responsive in setting up the perfect tour for us. Highly recommend.

Bhutan was on my travel list for very long. Finally I could make it last month. I was keenly interested in their concept of Gross National Happiness & Vajrayana Buddhism.
Bhutan Best Inbound tour tailored a vacation specifically for me for 13 Days as I wanted. I did not want a regular tourist kind of visit. I wanted to try a homestay so I could closely communicate with the local people. I wanted to visit schools, interact with the student and I also wanted to try out a monastic stay.
They designed the itinerary exactly how I wanted and had also arranged a meeting with GNH specialist who educated me very well on various aspect of GNH.
However the best part of the tour was experienced in Gangtey valley at the Monastic stay. It enabled me to feel that, there are things in the world beyond materialism. It was cutting through the mundane experience. I had 3 Night stay there.
Getting up in the morning with the sound of bell and monks chanting. Participating in Incense offering, butter lamp offering and watching the fluttering prayer flag, was an awesome experience. Perhaps I never had experienced such kind of tranquility in my whole life.
I sponsored a small picnic to the monks. The picnic was in the forest in an open sky. It was a pleasure to witness little monk running around. It was a nostalgic feeling of my own childhood days. The other thing that astounded me was the way the monks debate. They are trained. I did not understand the content of the debate but their expression, hand movement, body movement was amazing. I never knew this aspect of Buddhism.
I genuinely recommend Bhutan Best Inbound Tour. Hats off to the whole team, I especially would like to thank Mr. Thinley for the itinerary and Mr. Dorji for having all the patience to explore and answer my never ending question.
Thank you Bhutan Best Inbound Tour. I would be definitely visit Bhutan soon and that time it would be all for monastic stay.

The crane festival, pobjikha valley, punakha and tigers nest was our fav. We loved the food and Bhutanese ppl. Namguey and kinley, our guide and driver were very informative and entertaining 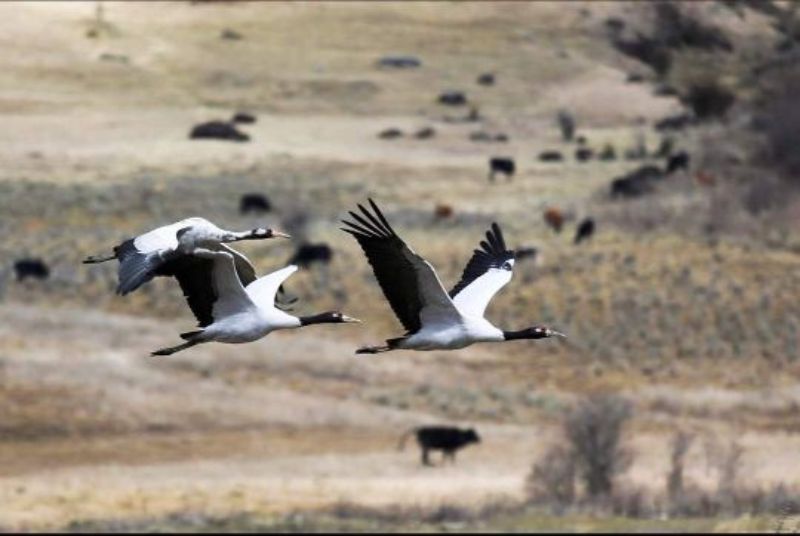 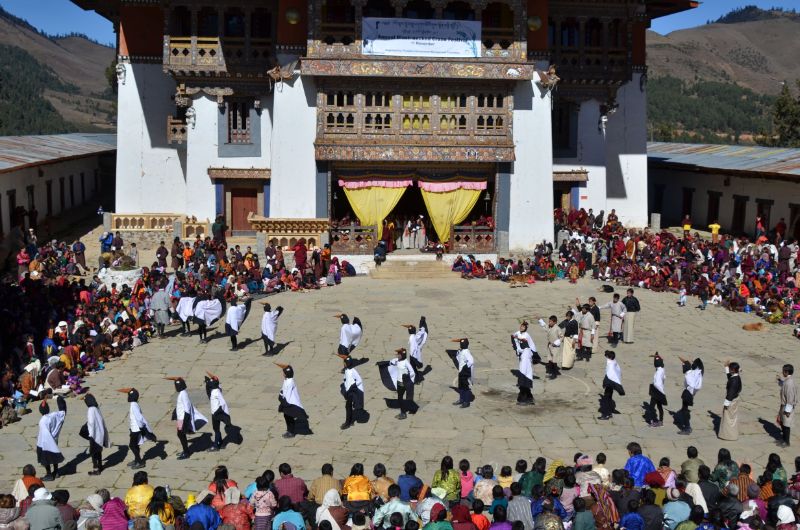 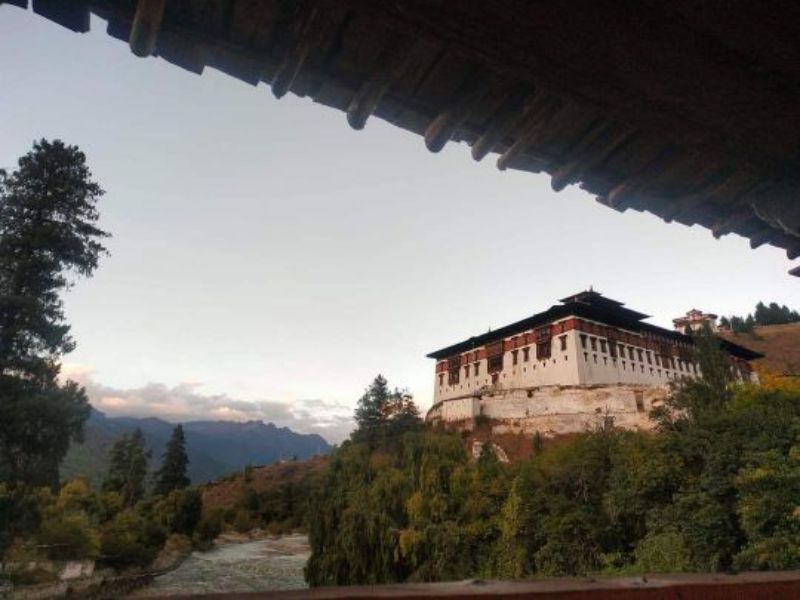 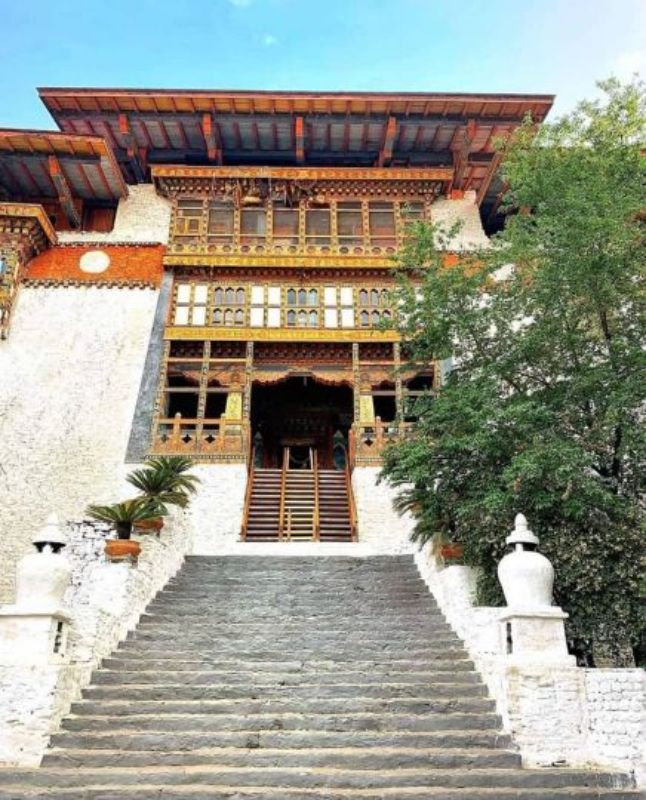 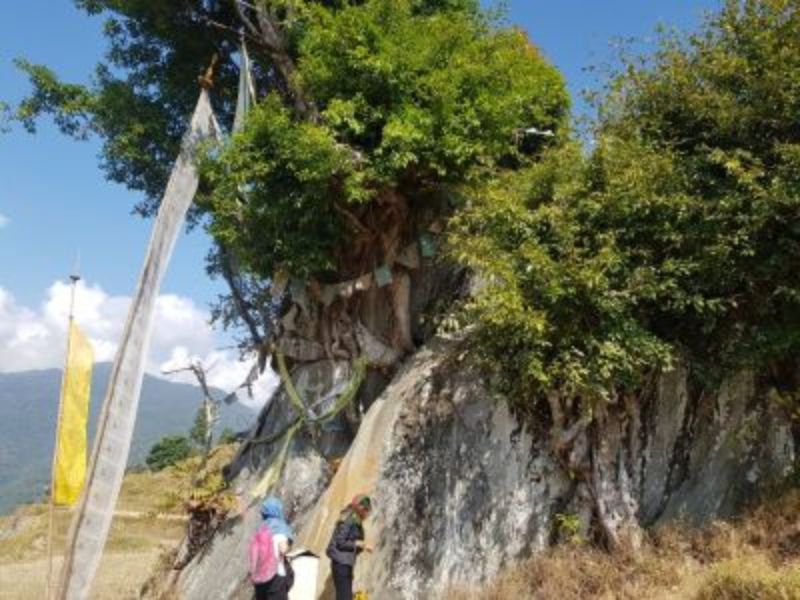