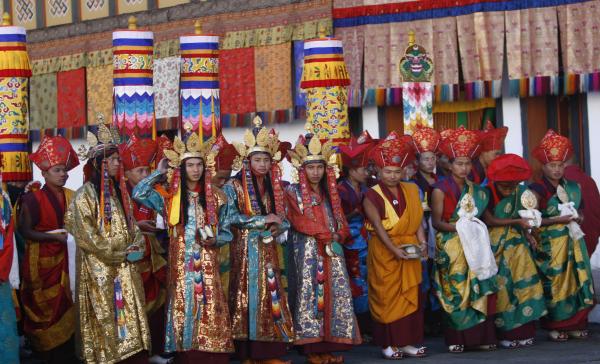 In this tour you will be visiting till the Central Bhutan. You will be covering Thimphu -Paro-Punakha-Gangtey -Bumthang.  In Bumthang you will be witnessing the annual Tamzhing Phala Choepa .

The festival got its name as Phala Choepa following a mask dance performed by Terton Pema Lingpa, wearing a mask of a pig, sculpted himself. The tradition also is a celebration of the time when Pema Lingpa’s protective deity or Yidam Dorji Phagmo appeared in the form of a pig and presented him the design of the monastery and help him in the construction of the temple.

The three-day festival is a display of series of mask dances among which is the Khandroi Gar Cham, a 500-year old dance, once performed during the consecration of the monastery. People from different parts of Bumthang and also from other parts of Bhutan gather to witness the dances of terton (treasure revealer) Pema Lingpa (Peling Sung Cham), which are performed by the monks of Tamzhing Monastery.

Fly to Paro, Bhutan, on Druk Air, the National airline of Bhutan. If you get a seat on the left side of the plane and the weather cooperates, you may have spectacular views of the high peaks of the eastern Himalaya, including Cho Oyu, Everest, Lhotse, Makalu, and Kanchenjunga—five of the highest peaks in the world—as well as peaks in Bhutan such as Jhomolhari, JichuDrakye, and Tsering Kang. After visa formalities at the Paro airport, your guide will meet you and drive you into town for lunch. Afterward, drive to Thimphu.

Today, following breakfast at the hotel, you will enjoy a full day guided tour of the capital city. The morning tour includes Kuensel Phodrang, called as Buddha Point, where you will be visiting the World's tallest sitting Buddha Statue atop a mountain from where you can see the Thimphu city.

Drive back to the town to have a good lunch at one of the restaurant designated by Bhutan Inbound Tour.

Overnight at Hotel in Thimphu.

Following breakfast at the hotel, drive up to Dochula Pass (3,088m/ 10,130 ft) stopping briefly here to take in the view and admire the Chorten, Mani wall, and prayer flags that decorate the highest point on the road. If skies are clear, the following peaks can be seen from this pass (left to right): Masagang (7,158m), Tsendagang (6,960m), Terigang (7,060m), Jejegangphugang (7,158m), Kangphugang (7,170m), Zongphugang (7,060m), a table mountain that dominates the isolated region of Lunana - finally Gangkar Puensum, the highest peak in Bhutan at 7,497m.

Later proceed for sightseeing; it includes the hike to the famous “Chimi Lhakhang "called “TEMPLE OF FERTILITY”. The hike is mild and it takes you through the valley of Sopsokha and its beautiful terraced paddy fields before reaching the spot.

We will also visit Punakha Dzong, the 17th-century fortress which has played important role in building up modern Bhutan followed by a visit to the longest suspension bridge followed by discovering the local market.

Overnight at the Hotel in Punakha.

After a good breakfast begin your journey towards Bumthang. 30 minutes drive from Punakha will reach you at the Pele La Pass (3,420m/11,220ft) where you will get good views of the snow capped mountains and you will also have a chance of seeing the Mt. Jumolhari during fine weather condition. Drive for another one hour and make a short stop at the Chendebji resort for a tea break. You will come across a monument resembling to the Swayambhunath in Kathmandu, Nepal called as Chendebji Chorten. Again drive for another one and half hour and it will reach you at Trongsa (2.200m/7,215ft). On arrival in Trongsa visit the fort of Trongsa. It is the largest fort in Bhutan. It is from here that the present royal family emerged as the most powerful force at the beginning of this century.

After your lunch and a short rest drive towards Bumthang for three hours across the Yotong La Pass which lies at 11,269ft. , then descend into Chumey valley, the first of the four Bumthang valleys. Bumthang valley is considered as one of the most sacred and holiest in the kingdom . It is here that the past kings were cremated.

Overnight at the Hotel in Bumthang.

The three-day festival is a display of series of mask dances among which is the Khandroi Gar Cham, a 500-year old dance, once performed during the consecration of the monastery. People from different parts of Bumthang and also from other parts of Bhutan gather to witness the dances of terton (treasure revealer) Pema Lingpa (Peling Sung Cham), which are performed by the monks of Tamzhing Monastery.

After Lunch visit the places below:

You have choice to further explore our neighboring palace, Wangdichhoeling, home to the 2nd King, and the auspicious prayer wheels next door. Heading up valley, you will take in the grand Kurje Lhakhang, one of the most sacred places in the kingdom as Bhutan’s “patron saint”, Guru Rinpoche (Padmasambhava) meditated here.

From Kurje monastery, a tarmac road heads south along the right bank of the river to Jambey Lhakhang. This temple, erected by the Tibetan king Songtsen Gampo in the 7th century, is one of the two oldest in Bhutan (the other being Kyichu Lhakhang in Paro).

After your morning breakfast check out from the hotel and drive back towards Wangdue. On arriving at Trongsa Visit the Tower of Trongsa a watch tower before which is now converted to a Museum.Have lunch at the Cafeteria at The Museum. Get some rest after your lunch and continue with your journey towards   Gangtey. Make a short stop at Chendebji Resort for a tea break. Again after your tea break drive to Gangtey.

The most beautiful and shortest of the existing nature trails in Bhutan. The trail hike starts from the Mani (like Chhorten) stone wall to the north of the Gangtey Gonpa and ends in Khewa Lhakhang. The hike takes about 1hr 30minutes through the pine forest and small bamboo plants. You can see the Phobjkha valley so beautifully from this hike. It is one of the best hike places for the Nature lovers. During the winter months, we can see the endangered species of birds – Black Neck Cranes.

Overnight at Hotel in Gangtey.

After a good breakfast begin your journey towards Paro.

The journey will take you about four hours to five hours. Make a stop at the Dochu La Pass (3140m) for your lunch while you can enjoy the magnificent view of the eastern Himalayan ranges. After your lunch break resume your journey to Paro. On your arrival drive to the National Museum of Paro, once a watchtower, built to defend Rinpung Dzong during inter valley wars of the 17th century, Ta Dzong was inaugurated as Bhutan's National Museum in 1968. It holds fascinating collection of Arts,relics,religiousthangka paintings and Bhutan's exquisite postage stamps and later visit the Paro Rinpung Dzong meaning the fortress on the heap of jewels or the fort of  Paro.

Today you will be hiking to one of the famous site called as the Tiger’s Nest ( Taktshang ) perched at 900m  above the Paro valley.

It is a pilgrimage site which the Bhutanese try to visit at least once in a lifetime.  It is believed that Guru Rinpochhoe flew on the back of a tigress from eastern Bhutan to this site and meditated in a cave here for 3 months, hence its name, ‘Tiger’s Nest’ . The iste , which has long been regarded as the sacred place, was visited by Shabdrung Ngawang Namgyel in the 17th century approximately in 1646. The lhakhang of the present monastic complex dates from 1692. The main structure was severely damaged by fire in 1998, but with the help of the local people and the government it has been put back to its glory.

On your way back visit the Kichu monastery . It is the one of the oldest and the first ever Buddhist monastery to be  built in Bhutan. It was built in the 8th century

Overnight at the Hotel in Paro

Our team will drop you till the airport and bid you farewell.

Bhutan itself is a special place. However you need someone to help you prepare your trip, someone to drive you around and someone to guide you and explain things to you. Thinley, Rinchen and Phurba were all great. Kind, flexible - giving hundred percent to accommodate or help us. Just an example of Genuine Kindness : after the hike to the Tiger Nest, Rinchen was waiting for us with milk-tea (that she prepared) and biscuits.
We had a packed itinerary and we managed to do everything. I highly recommend Bhutan Best Inbound tour!

Happiness is in our hearts 💕

Under auspicious Buddhist Gods we have visited such a beautiful and peaceful country. We were very impressed by Jambay Lhakhang in Bumthang District and Kichu Lhakhang in Paro.
It was heart touching the festival in Tamshing Lhakhang where the actors wore a mask from 15 th century.
We visited Jakar Dzong, Burning Lake , Punakha Dzong, Taktsang Monastery, Paro Dzong, Thimphu Dzong ( where we saw the second festival) and many others Chorten.
Finally at Kichu Monastery we were blessed by his Holiness Namkhai Nyingpo Rinpoche.
All was possible because of Thinley, Phurba Tshering our guide and Rinchen our driver.
We hope our happiness will last our entire life. 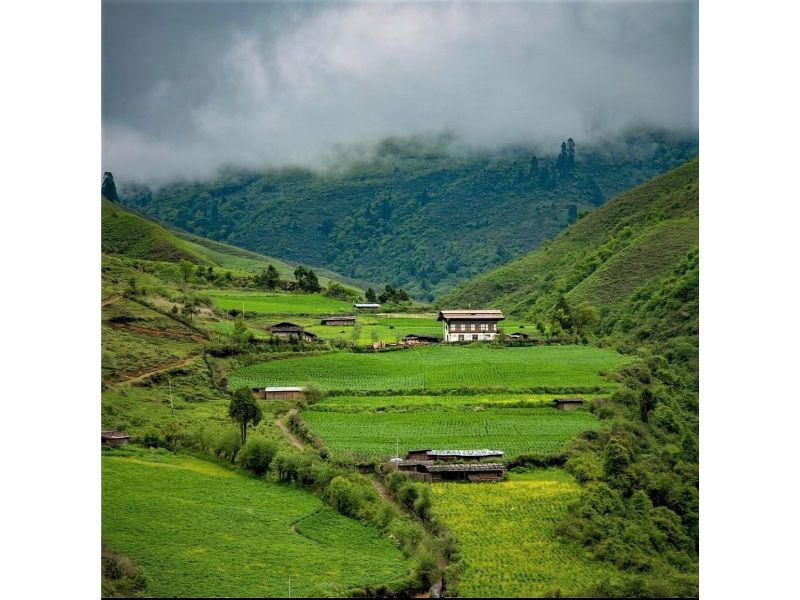 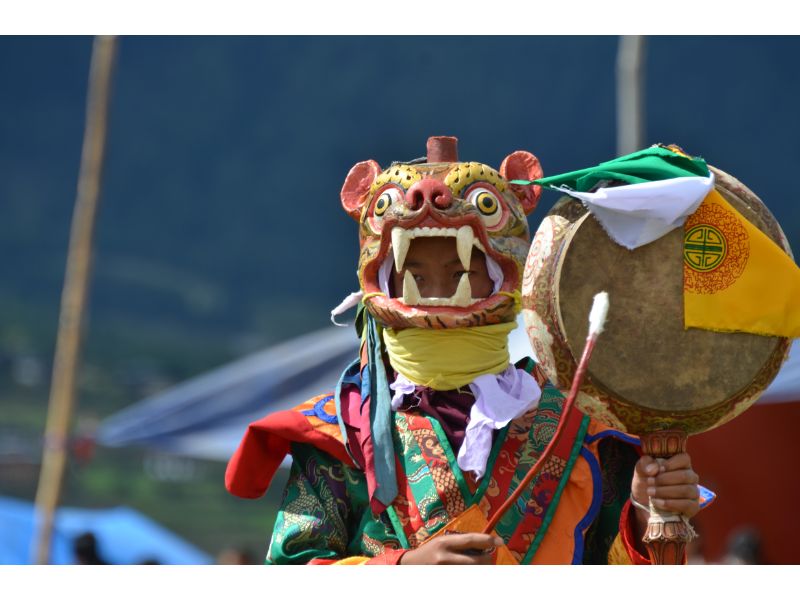 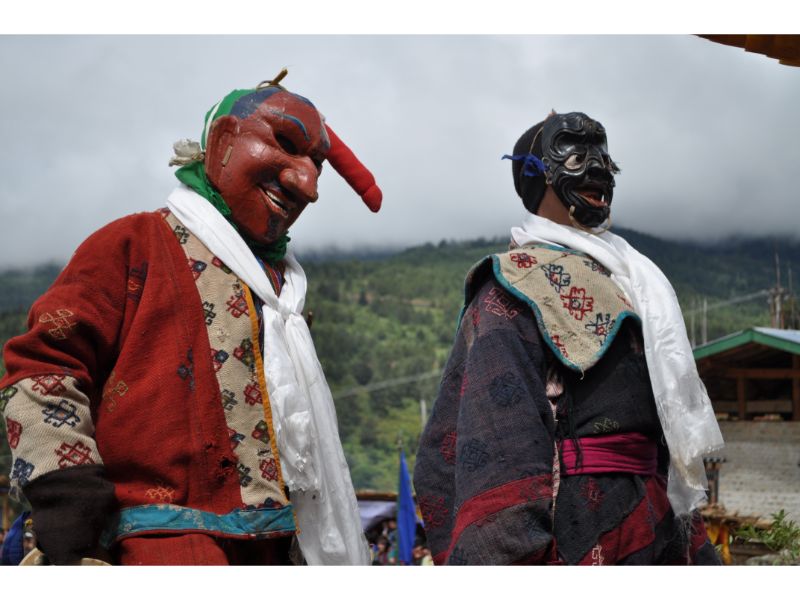 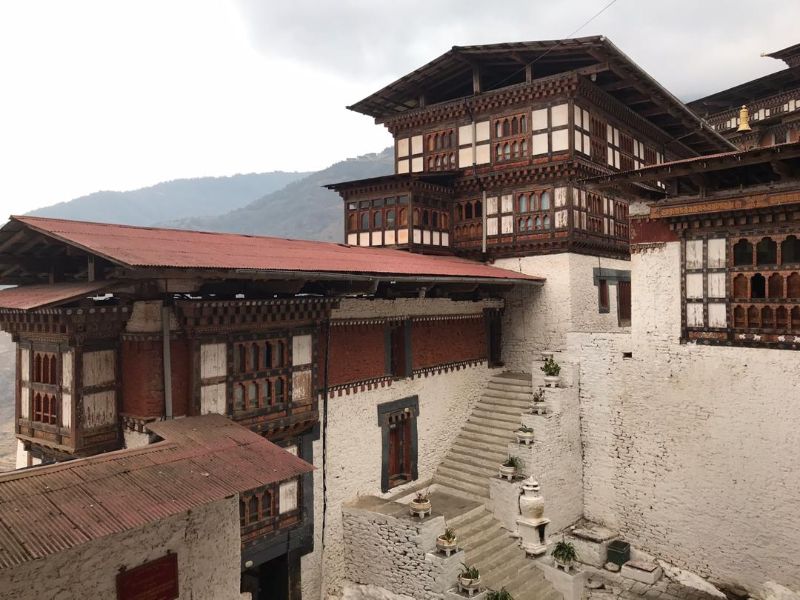 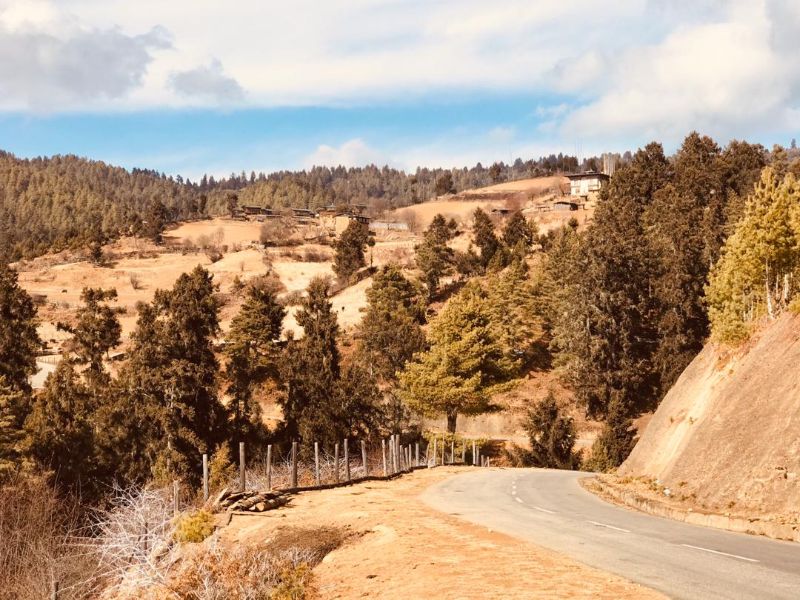