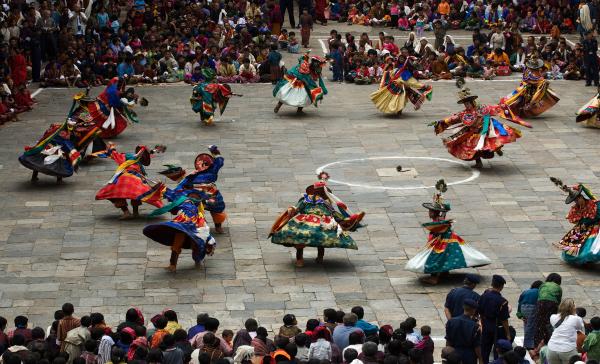 The Wangdue Phodrang festival is held in the beautiful valley of Wangdue Phodrang. It usually takes place in fall for three days.  Wangduephodrang Festival is famous for Raksha Mangcham or the Dance of the Ox.

Unlike other festivals in Bhutan, Wangduephodrang Festival is conducted in Tencholing Army Ground. Earlier it was conducted in  Wangdue Phodrang Dzong but after it caught fire in 2012 , the venue for the Festival was changed to Tencholing Army Ground  . Wangdue Phodrang Festival is full of colour, symbol and song. There is a lot of laughter, jokes and food sharing among relatives and friends. You can also wear Bhutanese attire and take part in the festival.

In this Tour you will also be exploring the valley of Thimphu, the only capital in the world without the traffic light.  You will also be visiting  Punakha  Valley, one of the most scenic valleys of Bhutan and  taking a hike to Famous Tiger Nest at Paro valley.

Paro is a beautiful valley located in Western Bhutan with an area of 2800 Sq. Kms. Breathtaking Lhakhangs and monasteries are perched on mountain hills. Two sacred rivers with its respective source at Jumolhari and Chumo phug mountains, makes their way through Paro valley enhancing its beauty and grandeur.

In the evening you can take a traditional hot stone bath  & later try a hand on local archery game.

Today you will be hiking to one of the famous sites called as the Tiger’s Nest (Taktshang) perched at 900m above the Paro valley.

It is a pilgrimage site which the Bhutanese try to visit at least once in a lifetime. It is believed that Guru Rinpoche flew on the back of a tigress from eastern Bhutan to this site and meditated in a cave here for 3 months, hence its name, ‘Tiger’s Nest’. The site, which has long been regarded as the sacred place, was visited by Shabdrung Ngawang Namgyel in the 17th century approximately in 1646. The Lhakhang of the present monastic complex dates from 1692. The main structure was severely damaged by fire in 1998, but with the help of the local people and the government it has been put back to its glory.(Cameras are not allowed inside the monastery).

In the evening we can move to Thimphu. On the way we can stop at Tachogang Lhakhang

If skies are clear, the high Himalayan peaks towards the north east will be revealed in all their glory. On a clear day, the following peaks can be seen from this pass (left to right): Masagang (7,158m), Tsendegang (6,960m), Terigang (7,060m), Jejegangphugang (7,158m), Kangphugang (7,170m), Zongaphugang (7,060m) a table mountain that dominates the isolated region of Lunana, and finally, Gangkar Puensum, the highest peak in Bhutan at 7,497m.

Festivals in General in Bhutan are rich and happy expressions of its ancient Buddhist culture. These festivals are held in all districts and most of them are in honor of Guru Rinpoche, the saint who introduced Buddhism to Bhutan in the 8th century. Tshechu take place on auspicious days in the Bhutanese calendar, and lasts for several days in which a series of colorful masked dances and rituals are performed.

The Tshechus are a rich form of oral tradition where the Bhutanese pass on values, mythology and spiritual beliefs through the dance dramas.

The festival is held in Wangduephodrang and is observed for three days in the autumn season. The Tshechu is well known for the Raksha Mangcham or the Dance of the Ox. Many different kinds of mask dances are performed during the festival. It concludes with the unfurling of the Guru Tshengye Thongdroel (large tapestry).

Overnight at Hotel in Punakha

Overnight at  hotel in Thimphu

I just completed my Bhutan Tour.

I believe October is a festival month in Bhutan . Simultaneously we could watch two festival, one in Thimphu and the other one at Wangdue. My dad was really curious to watch the festival.

Their festival is amazing with mask dances and each dance has a story to tell.
It is also a good time to encounter locals of Bhutan.

Mr. Thinley with whom I was corresponding all the while was also very kind to invite our family to join his family for a lunch outside the courtyard of Dzong. It was a fantastic experience. He was also kind enough to arrange their National Dress which we wore and attended the festival .
The other highlights of the tour are Tiger Nest, Homestay, Khamsum Yuley, Enjoying Bhutanese Beer At Namsay Artisinary, National Library which houses the world largest book, museum heritage,farmhouse and short hike.
The vehicle arranged was comfortable. The hotel were clean. Everything was superb except it was a bit touristic in land mark places.
Overall a trip to remember and will definitely recommend them to our family and friends who are looking forward to come to Bhutan after seeing our photos

I visited Bhutan for 10 nights 11 Days through Bhutan Best Inbound Tour. The itinerary was well discussed and well designed by including 4 Nights Drukpath Trek, Wangduephodrang festival and other cultural places of Thimphu, Punakha and Paro. Bhutan is a beauty in itself and the Bhutan Best Inbound Team as the names suggests were the best travel companion I could have ever asked for. I have had the chance to have a wholesome experience of Bhutan with the mixture of Festival- Trekking and Cultural.

I am fully satisfied with the services and arrganements that they have made and would suggest this company to anyone who is looking for a great time in Bhutan, with confidnece.

I wish my best to all the members of Bhutan Best Inbound. Thank you 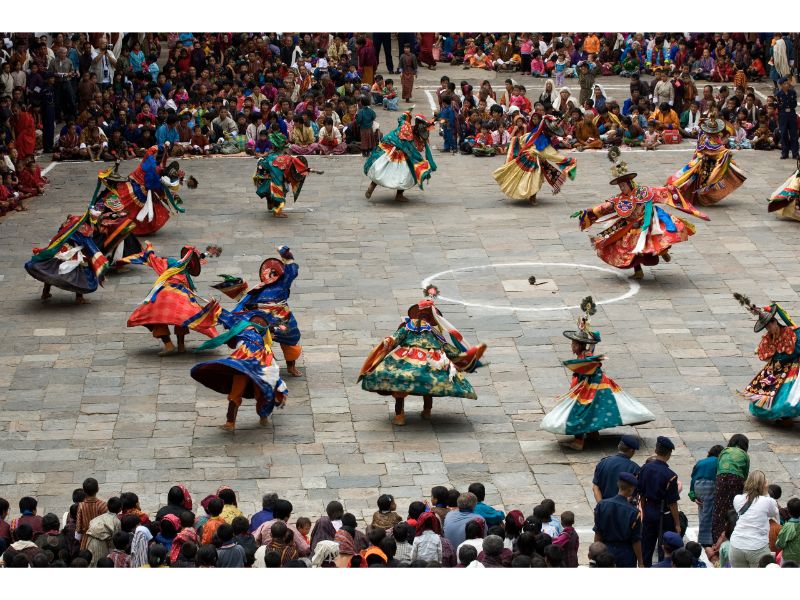 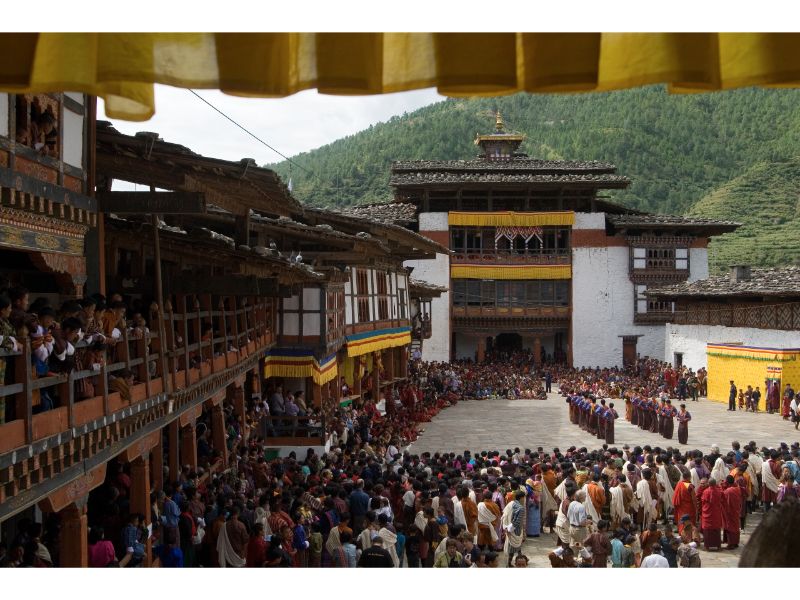 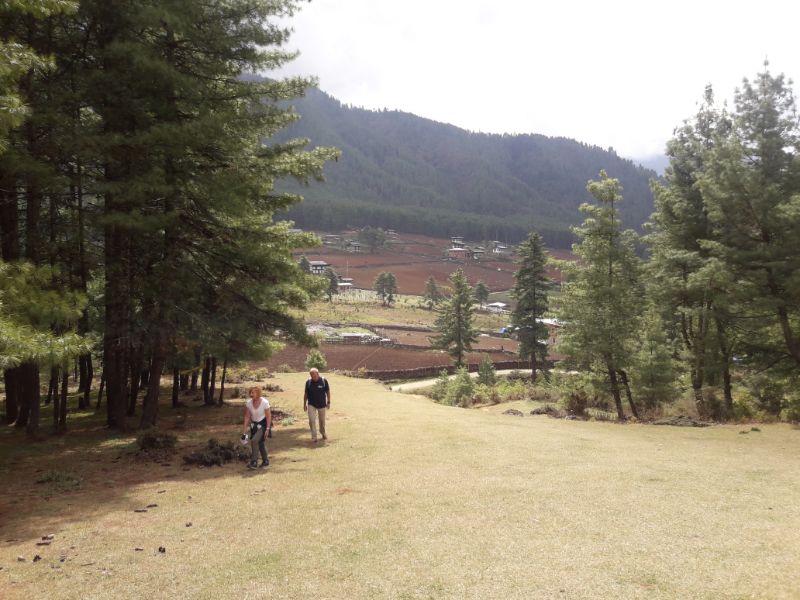 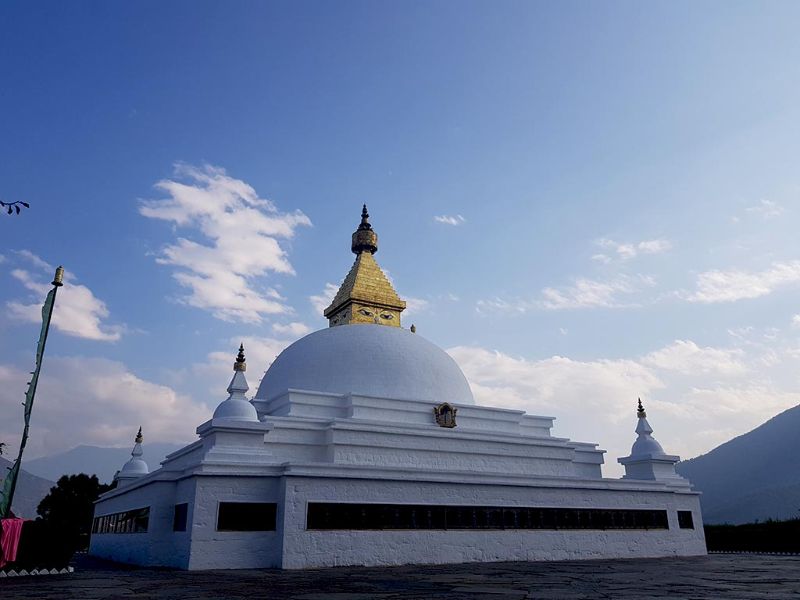