Bhutan today boasts of harboring 5,369 plant species and 5,114 species of animals of which about 774 species are birds. Many Birds of Bhutan are rare birds of the world. Owing to Bhutan’s strict nature and conservation policies bird population in Bhutan is thriving . It has become the envy of birders and ornithologists from across the globe. The protected wildlife parks and sanctuaries and designated biological corridors, protected routes for trans-migration of animals, have also been pivotal in ensuring that these rich assortments of floral and faunal wonders are safe and thriving. So learn about Bhutan Bird Watching Tour here. 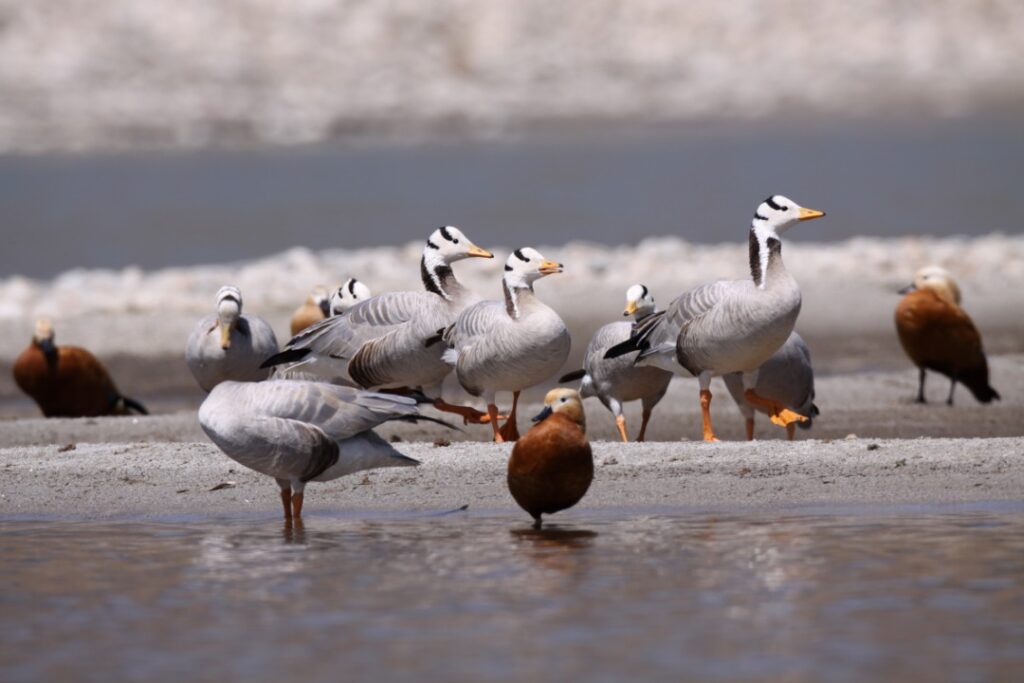 Bhutan’s climate map and ecological biodiversity are classified into three broad categories; the warm sub-tropical forests, the temperate region, and the cool sub-alpine region. While these regions have their own special characteristics and significance , birding is usually popular in the sub-tropical forests of Trashiyangtse, Zhemgang, Trongsa, and Mongar where elevations range from 1,500-3,000 meters. These warm river valleys are home to some of the rarest bird species on the planet. And avid birder and photographer in you is bound to take new dimensions if you plan a trip right into the heart of a nation . The conservation of natural ecosystem remains the bloodline of the development philosophy.

A well-established birder explains why Bhutan can be an exclusive destination for birders. – By David Billing

Birding or bird watching has great potential to become a popular tourism activity in Bhutan. Unlike other Himalayan countries, Bhutan still retains much of its forest cover. Thus, forests and scrubland support 85% of the country’s breeding birds.

More than 774 species of bird have been recorded so far and there are likely to be new species to be found in the remoter river catchment areas in the future. This number is considered large relative compared to the size of the country – for example, there are less than 800 species found in the whole of North America.

The Following are the picture of few birds of Bhutan.

On a warmer day with clouds or blue skies, along the nearby Wang Chu River, upstream of Jigme Dorji National Park within an approximate space of two hours, many bird species like the Spotted Nutcracker, white-capped Water Redstart, Blue-fronted Redstart, Black-faced Laughing Thrush, Rufous-bellied Niltava, Orange-flanked Bush Robin, Russet Sparrows, White-napped Yuhina, Blue Throated Flycatcher, and golden Eagle on the thermals above the valley can be seen.

There are bird species that can be found all over Bhutan and in adjacent countries too. However, Thimphu valley is a good starting point to guarantee seeing a wide range of bird species.  Cheri monastery and Upper Motithang valley are also good starting places.

Most Rare Bird in the world

According to the fat birder website, 14 species recorded in Bhutan have been identified as globally threatened by BirdLife International. Bhutan is home to some of the rarest birds in the world. These include White-bellied Heron, Pallas’s Fish Eagle, Chestnut-breasted Partridge, Blyth’s Tragopan, Wood Snipe, Dark-rumped Swift, Rufous-necked Hornbill, Grey-crowned Prinia, and Beautiful Nuthatch, all of which probably breed in Bhutan. Bhutan is an important winter ground for species like the Black- Necked Crane. Greater-spotted Eagle is a rare passage migrant, Baer’s Pochard, Imperial Eagle, and Hodgson’s Bushchat are regular vagrants.

Bhutan is a perfect place for bird watching tour which, when combined with epic scenery and friendly people, is the ultimate eco-tourism destination.

Always remember that when you see seven black crows in the air, it is a sign of good luck according to Buddhist customs. So keep watching out for birds in Bhutan. You might get lucky too.

Best Time For Birding in Bhutan

Bhutan has an excellent set of trekking routes that combine a variety of bird habitats. The most popular seasons for birding in Bhutan are spring and autumn. There is also the chance of seeing passage migrants crossing from the Tibetan plateau to the hot Indian plains. In addition, climate change is affecting the local altitudinal migration patterns of birds. Some species that are normally only found at lower altitudes are now also found at higher cooler altitudes even in winter like the White-napped Yuhina.

Most trekking routes pass through protected areas such as Toorsa Strict Nature Reserve, Jigme Dorji National Park, Royal Manas Natural Park, and Phobjikha valley where the Black Necked Cranes are in residence during the winter months up to early April.

A three week program is good enough for most rewarding Bhutan Bird Watching Tour experience. This will enable you to cover most of the prime birding circuits. You can start from Paro and depart through Samdrup Jongkhar in Eastern Bhutan. From Trongsa, at Central Bhutan, the tours usually diverts towards the less visited district of Zhemgang. The stretch of road from Zhemgang  to the camp in Tingtibi is famous for the beautiful Nuthatch and the Rufous -necked Hornbill. Both of the birds are globally threatened species.

After a couple of days at Zhemgang the trip backtrack towards Trongsa. We can then further head eastwards towards the famous Yongkhola camp via Thrumsingla.  We may stop at Yonkola for a night or two. A short stretch of 26 Km between Sengor and Yonkola arguably the best birding circuit in all of Asia. No amount of time spent here ever seems to be enough.

The specialist in this area include the majestic Satyr Tragopan, the incomparable Ward’s Trogon, Rufus-necked Hornbills, an assortment of Laughingthrushes, Parrotbills and many others. With the recent opening of the exit through Samdrup Jongkhar , one will not have to back track towards Paro, and this provides yet another opportunity to cover some lowland species such as wreathed Hornbills and even some rarities like Blyth’s Kingfisher and Dark-rumped Swift.

You can check the sample of Bhutan Birding Tour Itinerary Package and cost here:

So you can enjoy watching the rare birds of the world. And make your visit to the Land of Thunder Dragon a truly memorable experience.