The first Neyphug Trulku established Neyphu Monastery in 1550 at the celestial land of Chuden. Right now the old Neyphu monastery is dismantled due to the damage caused by an earthquake and the new monastery is being built. The place has a serene and calming atmosphere.

A divergent dirt  road from Shaba, Paro will take you to the beautiful Nyephug monastery which literally means "the sacred hermitage cave."    The drive to the monastery is very peaceful and takes about 45 minutes through a lonely road .Along the way  you can see monkeys, pheasants and some rare birds of Bhutan. Nyephug monastery also houses several little monks

The locals also call Heyphu monastery as named after the Heyphu village where it is located or  is also known as Thegchen Choling (Dharma Land of Vajrayana).We can see the foot and hand imprints of 8th century master Guru Rinpoche here.  Many treasures, teachings, talismans and precious materials are supposed to be concealed here.

The main shrines of Neyphug Monastery consist of the life-size statue of Guru Padmasambhava. The monastery also has the shoes worn by Guru Padmasambhava, the ritual hat of Zahori, and a clay-statue of Manjushri which is said to have come flying from Tibet by itself.

When you are here you can also make a wine offering to the protectors of the temple which includes Ekadzati, the five classes of Damchen, Dza Rahula, Tendoe and statues of the five Gyalpo spirits that were constructed by the Fifth Yangsi.

There are many other holy monasteries around the Nyephu monastery.

About an hour walk will take you to the  Stupa that contains the relics of Buddha Mahakasayapa (Protector of Light). Half-an-hour walk from here will take you to Menchugang where you can see the miraculous self-arisen painting of Avalokitesvara.

This place is out of the world. It is full of magic and myths. The grounds here bear wish-fulfilling trees, drops of nectar appear from the rocks, mantras spontaneously appear on rocks, and it is endowed with several miraculous marks that indicate that the Celestial Land is hidden here. If magic is real, then  Nyephug is a place where it can be found. Nyephug is the Magical place to visit in Paro. 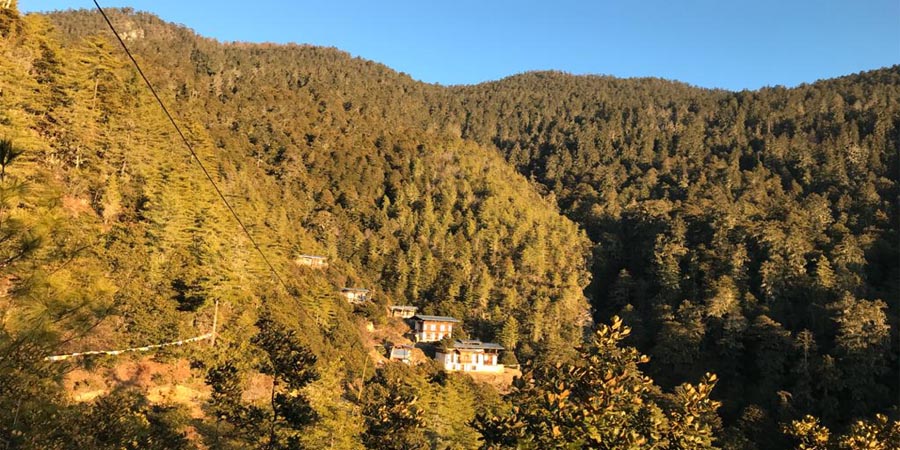