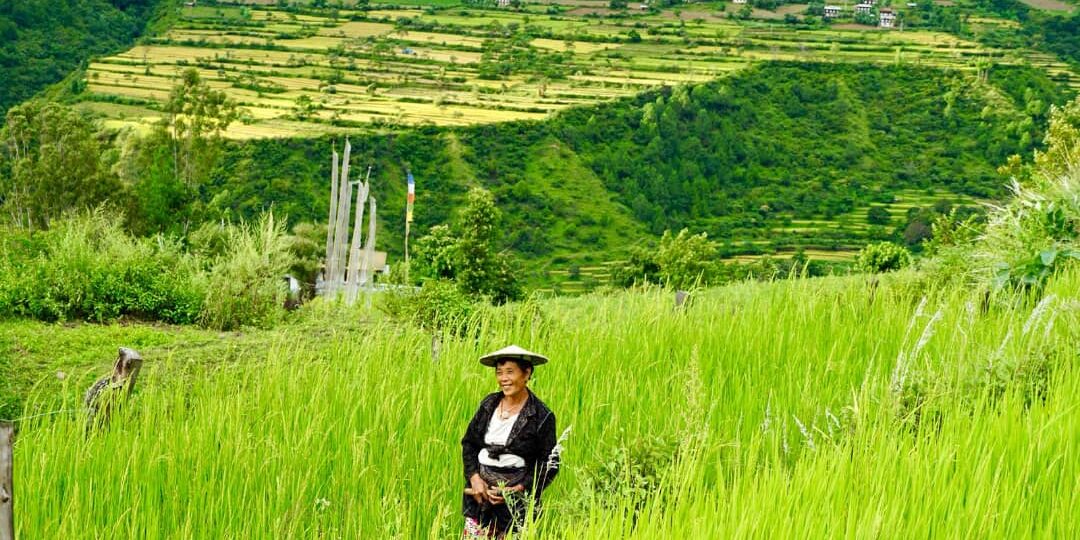 Eastern Bhutan  is a gem of Bhutan. Remote and untouched, it preserves Bhutan ‘s arcane culture, tradition, and way of rural life in its most authentic form. From ancient dzongs and monasteries to vibrant communities,  Eastern Bhutan has so much to offer. Furthermore, it  encompasses all of the country’s natural beauty, wildlife and nature. Eastern Bhutan Tour will also give you a glimpse of a village life in Bhutan. Its rich past seamlessly blends with its present, making it irresistible place to visit in Bhutan . Some of the most popular places to visit in Eastern Bhutan are Lhuntse, Trashigang, Mongar and Trashiyangtse. In your Eastern Bhutan tour itinerary you need to include these places to experience authentic Village Life in Bhutan.

Eastern People and their way of life

The Eastern people are known for their hospitality. No matter how simple their rural lives are , they have a welcome smile for every visitors. Even if you randomly happen to enter a stranger house, they will not let you go without a cup of locally brewed wine (Ara).

A two-week Eastern Bhutan tour package is good enough to explore  culture , history and rural way of life. However if you do not have so much of time , you can shorten it to 8 days or so by using domestic flight.

Trashigang is around 600Km further from Thimphu. It boast itself of its twin jewel villages Merak and Sakteng. The diverse rituals and customs of the Brokpa people is something that you should not miss while you are Trashigang. Endowed with beautiful and charming villages, Trashigang is also famous for weavers.

Things to do in Trashigang

Places to visit in Trashigang

It is about 3 and half hour drive from Trashigang and it is also considered as the Eastern home for the famous Black-Necked Crane . It shares the border with Arunachal Pradesh, India.

Things To Do in Trashiyangtse

Places to visit in Trashiyangtse

Lhuntse : The Sacred Land of The Eastern Bhutan

Lhuentse is one of the remotest district of Bhutan with sparse population . The ethnic mosaic of the region is made up of Kurtope people. The people of Lhuntse are mostly paddy farmers. Many shamanic ritual add colors to the cultural diversity of the region. Lhuntse is home to some of the most sacred sites of pilgrimage in the country and famed for exquisite hand woven Textiles.

Things To Do in Lhuntse

Places To Visit in Lhuntse

Mongar   The Birding Capital of the world

Endowed with stark cliff and gorges and dense conifer forest, Mongar is famous for its weavers, special textiles and fabrics. It is also the hot spot for Bhutan Birding tour.

While a large section of people are Buddhist, Bon practice also feature prominently in this area. The Kharpud (Ceremony conducted to appease local deities and Spirit) is something interesting to witness. In this ritual people use sexually provocative language to transcend false morality , during the ceremony. The people here also worship mountains and rivers.

Things To Do in Mongar

Places To Visit in Mongar

Most of Eastern Bhutan is at lower altitudes. Thus, late spring and summer months are especially hot and humid. However, this is a great time for birdwatching in the forests. It is best to avoid visiting in the monsoon months of May to August as rains usually ruin the already fragile road infrastructure. Late February to mid-March is a good time to visit. It provides for comfortable temperatures, low-season crowds, interesting festivals, and spring blooms. 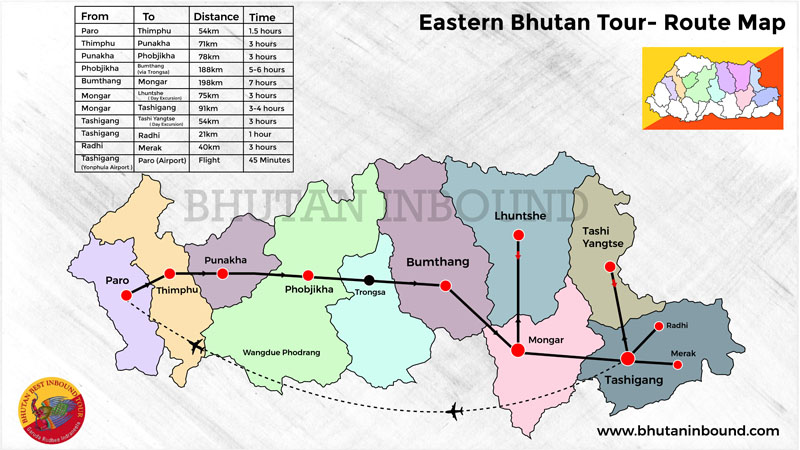