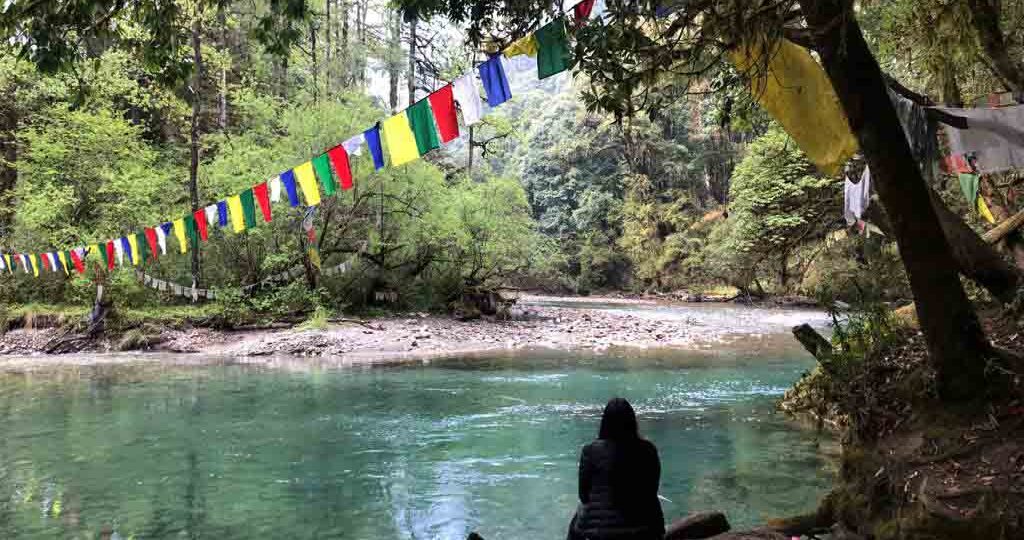 Jigme Dorji National Park (JDNP) is  a keystone National Park of the country. It is the second largest national park which was established in 1974. JDNP also represents the best managed national park of Bhutan with an area of 4316km2 . It stretches among the entire Gasa District, Thimphu, Paro, Punakha and Wangduephodrang thereby covering three climate zones. The elevation ranges from 1400  to 7000 meters.

The majority of this park is comprised habitat such as exposed rocks,alpine scree and permanent snow. There are several geothermal outlets at Gasa, Tsharijathang, Chubu & Khoma. These hot spring in Bhutan contain sulphur & other minerals & are visited by many Bhutanese for their curative properties. 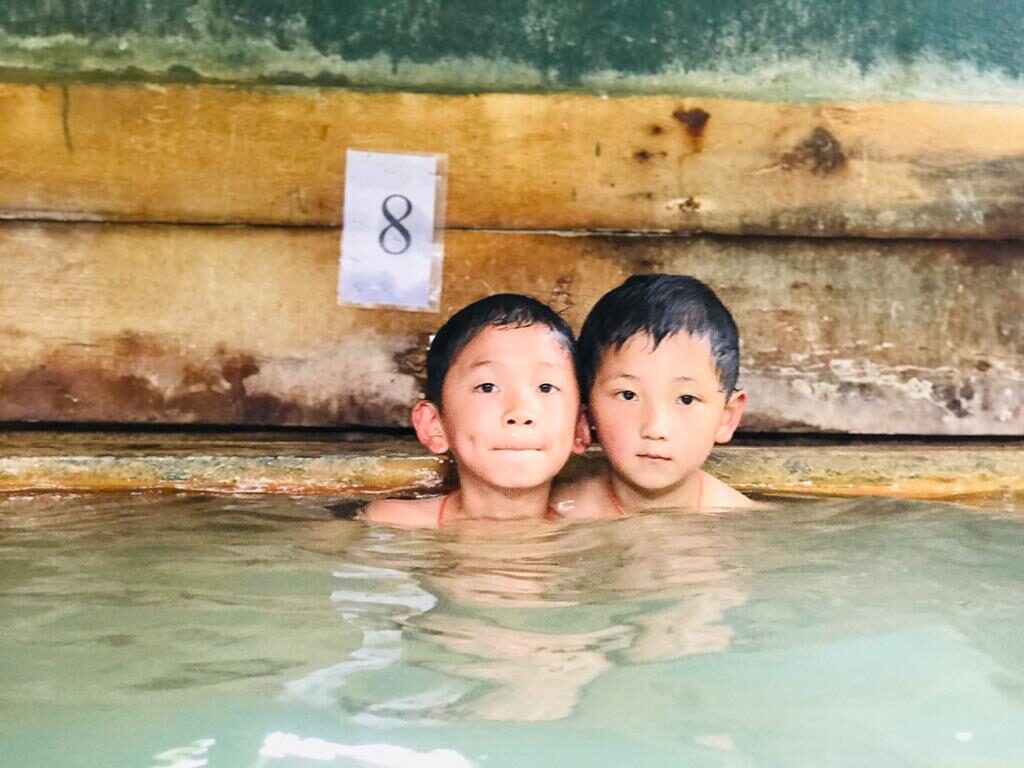 The amazing diversity you can spot in a single day cannot fail to stun the senses. It is listed as a tentative site in Bhutan’s Tentative List for UNESCO inclusion 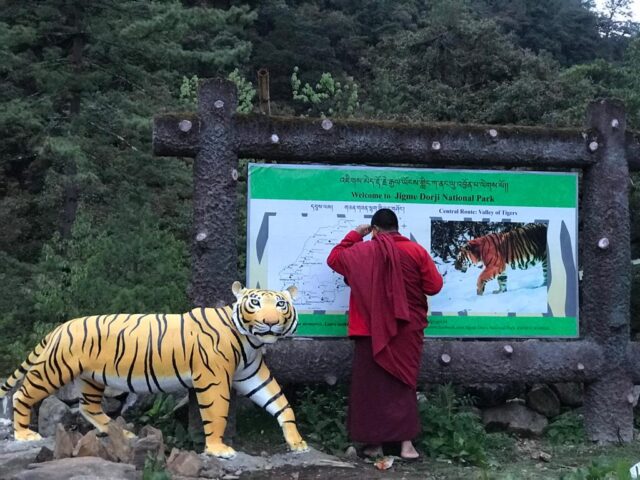 By virtue of its varied climatic zones spanning the tropical, temperate and alpine- combined with the monsoon effect in all three- Bhutan is home to an exotic mix of flora and fauna that few places on earth can match.

The huge variation in the park’s attitudinal gradient supports a diverse array of flora & fauna. Due to the large amount of area in alpine vegetation zone, the park is particularly rich in alpine species. Four of the Bhutan’s national symbols( Raven, Cypress, Blue Poppy & Takin) are present in Jigme Dorji National Park.

Many plant species are found in the park, from inhabitants of temperate broad leaved to alpine scree. The park has many species of Primula, Rhododendron, Poppy, Orchid & other alpine which are breathtaking during spring & summer. 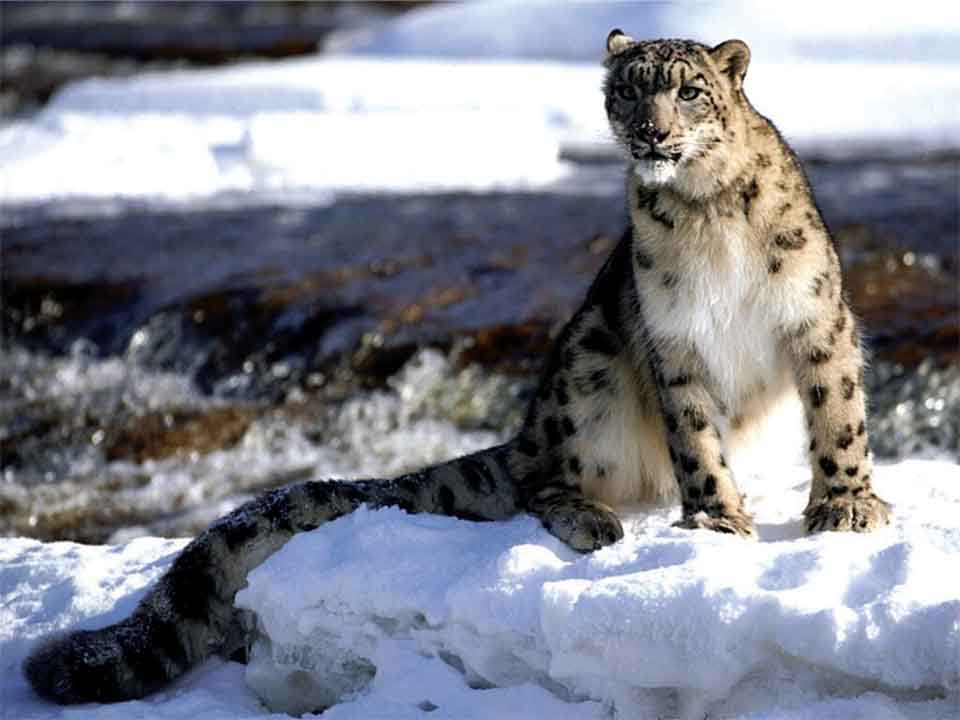 Jigme Dorji National Park  is rich in biodiversity with a present record of 36 mammals, 328 birds, 5 reptiles, 300 medicinal plants, and 39 butterflies.

It was first in Jigme Dorji National Park where tigers were first sighted above 4000 meters sharing habitat with snow leopards. Besides the rich floral and fauna diversity, the sources of four major rivers of Bhutan, Pachhu, Wangchhu, Phochhu and Mochhu lie in the park as well. 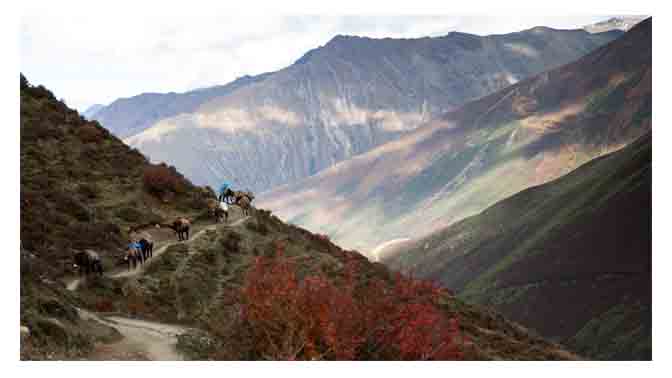 How to get to Jigme Dorji National Park

If you really want to see Jigme Dorji National Park in its fullness you need to venture into some multi day treks like Laya Gasa Trek, or Jomolhari Trek. By venturing into these treks you can embrace iconic Mt. Jomolhari (7314 m), glacial lakes, visit the alpine & medicinal valley of Linghi. 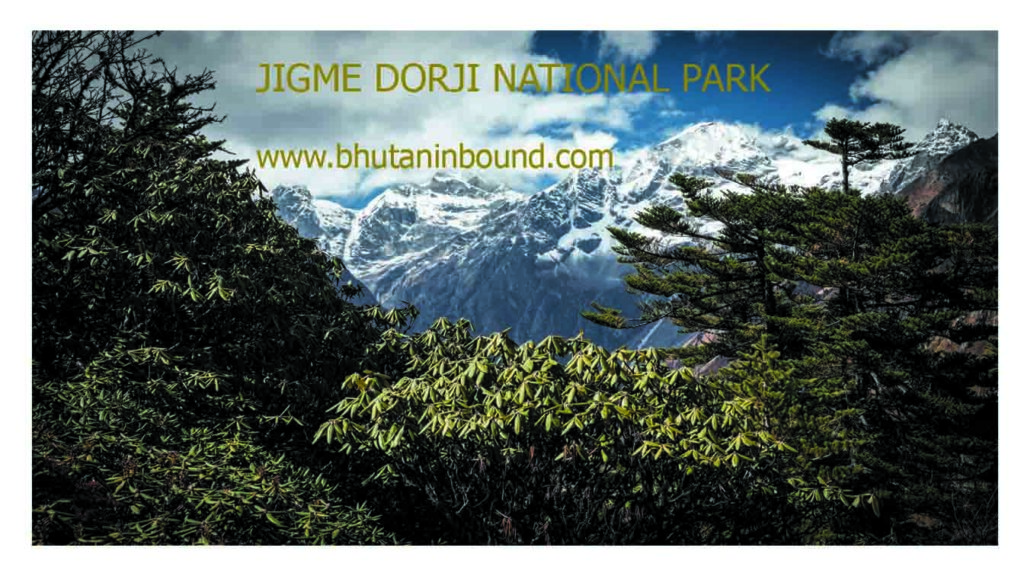 Meet the yak herders and semi nomadic people & if lucky you can spot Blue sheep, Griffon vulture and various species of birds. You can visit the remote village of Lunana, rejuvenate in curative hot springs & interact with locals. 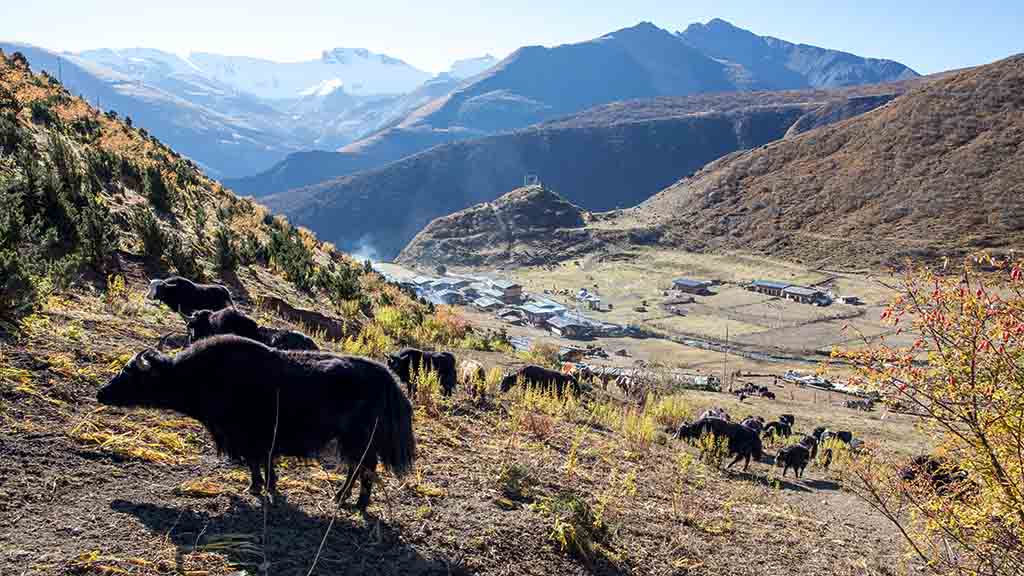 But if you are not a hiking person and just want to get a glimpse of Jigme Dorji National Park then you can visit a small part of the park in the Northern End of Thimphu Valley.

The moment we stepped in JDNP, the sight of cascading river , the rustling of the leaves , chirping of birds and the shift in the landscape was dramatic. The trees seemed taller , the mountains larger and the river deep and silent and I have to admit the experience was very humbling.

With a few 100 meters we had come down on a trail leading to a Deep water and the walk intrigued me with the sense of anticipation. The cool breeze , fluttering prayer flags over the deep water were too inviting to resist. What unraveled in the moment was the rigors , the strategic approach to sitting next to the breast of natural context.
It was like paying a tribute to the natural resource that surrounds it , an homage to the nature and appreciation of the nation’s rich natural resource.

How to get there

The easiest & the most accessible one is the  park whose trails begin from the Northern end of Thimphu valley (Dodena), which is about 13km from Thimphu . Once you reach the quaint valley of Dodena, you have to take another 5 minutes drive. And you will reach  Jigme Dorji National Park. It is just a wild and protected site. But you can feel the tapestry of greenery as you step your feet in the National Park.

Things to do in Jigme Dorji National Park- Thimphu

Bhutan is a land of stories of thunderclouds, dragons, mountains and the Buddha. A visit to Bhutan’s National Park can give the glimpse to it. A traverse along scenic pine forests, vast rhododendron shrubs and dozens of varied vegetation can awaken a dormant soul. You can visit Jigme Dorji National park and get acquainted to the mist and magic of Bhutan. 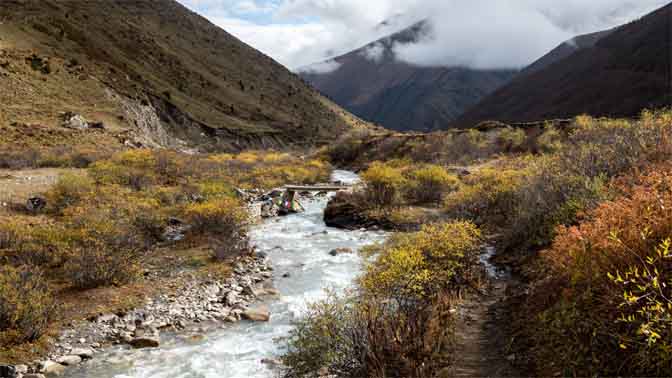